Possibilities for engineered insect tissue as a food source

This paper explores the possibility of producing food by growing insect cells in the laboratory using cell culture techniques. It suggests that it may be easier to overcome certain technical challenges to cell culture by using insect cells rather than (say) beef, pork or chicken cells.

The paper reviews the existing uses of insect cells, e.g. producing recombinant proteins such as vaccines, and producing muscle fibres for use in biorobotics. It also reviews the technical issues relevant to culturing insect cells as a food source, including:

The authors suggest that cultured insect cells could be incorporated into foods that are already familiar to consumers, since many (particularly Western) consumers may not find the idea of insect-derived foods appealing.

Due to significant environmental concerns associated with industrial livestock farming, it is vital to accelerate the development of sustainable food production methods. Cellular agriculture may offer a more efficient production paradigm by using cell culture, as opposed to whole animals, to generate foods like meats, eggs, and dairy products. However, the cost-effective scale-up of cellular agriculture systems requires addressing key constraints in core research areas: (1) cell sources, (2) growth media, (3) scaffolding biomaterials, and (4) bioreactor design. Here we summarize work in the area of insect cell cultures as a promising avenue to address some of these needs. We also review current applications of insect cell culture and tissue engineering, provide an overview of insect myogenesis and discuss various properties of insect cells that indicate suitability for use in food production systems. Compared to mammalian or avian cultures, invertebrate cell cultures require fewer resources and are more resilient to changes in environmental conditions, as they can thrive in a wide range of temperature, pH and osmolarity conditions. Alterations necessary for large-scale production are relatively simple to achieve with insect cells, including immortalization, serum-free media adaptation and suspension culture. Additional benefits include ease of transfection, nutrient density, and relevance to seafood organisms. To advance insect-based tissue engineering for food purposes, it is necessary to develop methods to regulate the differentiation of insect cells into relevant cell types, characterize cell interactions with biomaterials with an eye toward 3D culture, design supportive bioreactor systems and quantify nutritional profiles of cultured biomass. 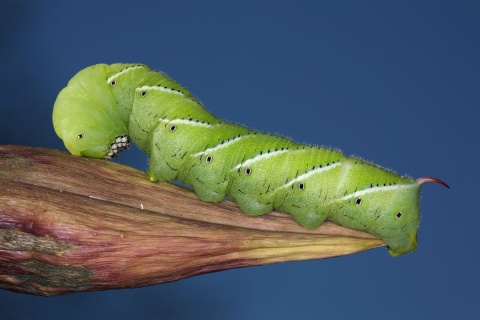