Political ecology of milk: Contested futures of a lively food

This paper from the Oxford Livestock, Environment and People (LEAP) programme examines the narratives that have - at different times and places - surrounded three scenarios about the future of milk and dairy: “more milk”, “better milk” and “less milk”.

The paper contrasts growing concern within Europe and North America about the environmental and health impacts of animal products with dairy’s role as an important source of nutrition in some rural communities across Africa, Asia, and Latin America as well as expanding milk consumption among the middle classes of China and India, driven by marketing campaigns that promote a narrative of milk as wholesome, modern and an agent of national growth.

It also discusses how different academic fields have approached the dairy debate, ranging from research on farm consolidation, market deregulation and the undercutting of markets in the Global South through exports of overproduced milk in the Global North (in the field of agrarian political economy) to a focus on gendered aspects milk by critical food studies and evaluation of the impacts of development policies on livelihoods by development studies.

The paper concludes with a discussion of how “care” plays into debates on milk, particularly on social media. For example, vegan activists may indicate that they care about animals when they talk about animal abuse in the dairy industry, while dairy farmers may argue they take good care of their animals and suggest that vegan activists do not care about farmers’ livelihoods. The paper suggests that certain forms of discussion about milk can take the form of “virtue-signalling”, making it difficult for different groups to engage in constructive conversation with each other.

This article advances thinking on the political ecology of food and agriculture by reviewing research on milk and dairy. As increasingly contested foods, milk and dairy provide a window onto inter‐linked social and environmental crises and attempts to solve them through adjustments to food production and consumption. We critically assess three trajectories of change (more milk, better milk, and less milk) that are representative of broader efforts to fix social‐environmental crises through food. Arguing that these efforts eschew systemic change, we discuss how ideas from food studies, agrarian political economy, and development studies can be united in a potentially transformative research agenda on the political ecology of milk (as well as other foods). We reflect on how concepts of justice, power, and care might inform a political ecology of food and agriculture that can help envision and enact more democratic food futures.

Read the full open-access paper here. See also the Foodsource resource Introduction: what are the concerns with meat and dairy, and who are the major stakeholders in the debate? 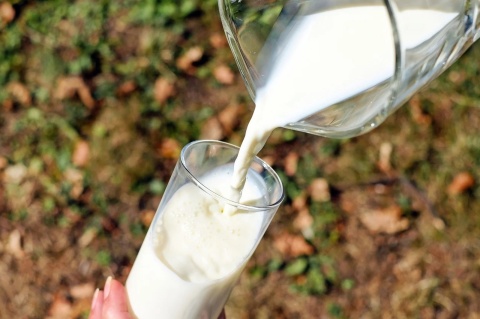