Plant-based proteins offer return on investment for the climate

Consumers are familiar with alternative proteins and many would eat more of them if barriers around health, taste and price were to be resolved, according to this report by consultancy BCG and investment firm Blue Horizon. The report also tracks investment in the alternative proteins sector (which has risen from $1 billion in 2019 to $5 billion in 2021) as well as regulatory support. The report calculates that substituting 8% of animal-sourced foods with alternative proteins could reduce 1.5% of global emissions in 2030; furthermore, plant-based proteins could generate at least three times more carbon savings per $1 trillion invested than decarbonisation in other sectors such as cement, iron, buildings and so on. 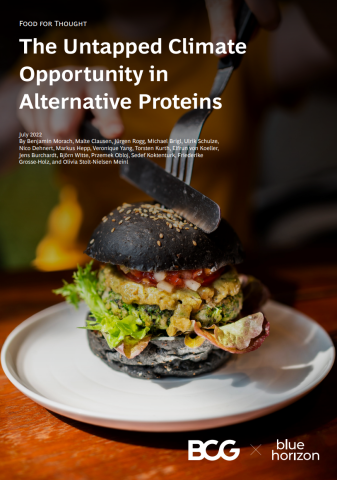