In this study, researchers investigated the interplay between meat consumption and personality traits, political views, and environmental attitudes.

Two representative samples from the German population were examined to (1) understand the relationships between meat consumption and sociodemographic variables, the Big Five personality traits (i.e. openness, conscientiousness, agreeableness, extraversion, and neuroticism), political attitudes, and pro-environmental attitudes; (2) test whether personality traits and attitudes are associated with meat intake when accounting for socio-demographic factors; and (3) analyse the association of the above variables with meat consumption.

In the first study, data was collected from surveys of private households and people provided by the German Socio-Economic Panel of the German Institute for Economic Research. The study sampled 5127 individuals (52.5% female, 47.5% male) who self-reported how often they consumed meat through a 6-point scale. The socio-demographic variables analysed were age, sex, household after-tax income and education. The Big Five personality traits were measured using a German version of the Big Five Inventory (15-item BFI-S). Partial correlations and the hierarchical regression analysis were the methods used to control for socio-demographics and analyse association among variables.

The results demonstrated that:

In the second study, the same methods were used on a dataset provided by the German Gesellschaft Sozialwissenschaftlicher Infrastruktureinrichtungen (GESIS). This dataset comprised 3752 individuals (52.4% females, 47.6% males) who reported how frequently they consumed meat in the previous month. After controlling for sociodemographic variables, the results showed that:

Both studies demonstrate that variance in meat consumption can be associated with socio-demographics, personality traits, and attitudes. Their findings are consistent with previous research on this subject. Previous research has shown that men usually eat more meat because they perceive it as masculine; more ‘open’ and ‘agreeable’ people eat less meat due to health and ethical concerns and a greater willingness to try new foods; highly educated individuals consume less meat also because of health concerns; and pro-environmental individuals also eat less meat due to meat consumption’s negative impact on the environment.

However, some findings that were inconsistent with former research. Previous studies have shown that young people tend to eat less meat - in contrast with the findings of this study. The authors argue that, in this study, older people may have lower meat consumption because they tend to eat less food overall. Likewise, the inconsistency related to the association of meat intake and conscientiousness could be attributed to: (1) the use of different measurements related to the Big Five personality traits, (2) the different time spans assessed by the studies (in the first study, meat consumption was assessed via the question “How often do you consume meat, fish, poultry, or sausages?” whereas in the second study it was assessed via the question “When you think about the last four weeks: On how many days per week have you normally eaten meat, including poultry and various meat products such as sausages or cold cuts?”); (3) and because the second study did not include fish as part of the definition of meat.

The main strength of this article was its use of a representative sample to investigate correlations and to make comparisons related to meat intake. The main limitations were: (1) its use of self-reported behaviour data; (2) the fact that no causal relationship can be concluded due to its cross-sectional design; (3) the findings are limited to the German population.

Find the full paper here. See also the Foodsource resource What are the influences on our food choices? 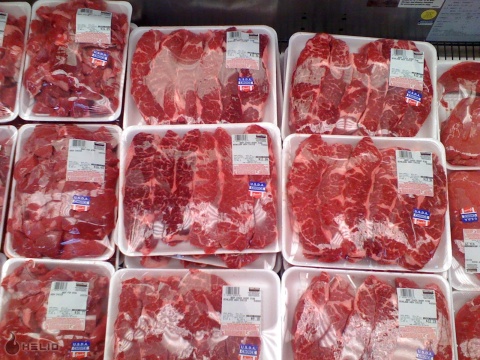