In this paper, Table member Erasmus Zu Ermgassen and co-authors use publicly available data to trace Brazil’s beef exports from 2800 municipalities to 152 countries, along with their deforestation links. The authors argue that, because of the high variation between the sources of beef for different trading companies, it is not advisable to rely on national level statistics when assessing environmental footprints.

The Brazilian domestic market was found to buy 81-82% of Brazil’s beef, which was linked to 86-87% of the deforestation risk. Exports are consolidated in the hands of a few companies: three companies - JBS, Minerva, & Marfrig - handled 72% of exports. The three largest exports markets for Brazilian beef are China, Egypt and Russia. The paper finds that 31.2% and 17.8% of Brazil’s cattle exports are covered by two different zero deforestation commitments (it is not clear whether there is any overlap between the coverage of the commitments).

The study is part of the Transparency for Sustainable Economies (Trase) initiative.

Though the international trade in agricultural commodities is worth more than $1.6 trillion/year, we still have a poor understanding of the supply chains connecting places of production and consumption and the socioeconomic and environmental impacts of this trade. In this study, we provide a wall-to-wall subnational map of the origin and supply chain of Brazilian meat, offal, and live cattle exports from 2015 to 2017, a trade worth more than $5.4 billion/year. Brazil is the world’s largest beef exporter, exporting approximately one-fifth of its production, and the sector has a notable environmental footprint, linked to one-fifth of all commodity-driven deforestation across the tropics. By combining official per-shipment trade records, slaughterhouse export licenses, subnational agricultural statistics, and data on the origin of cattle per slaughterhouse, we mapped the flow of cattle from more than 2,800 municipalities where cattle were raised to 152 exporting slaughterhouses where they were slaughtered, via the 204 exporting and 3,383 importing companies handling that trade, and finally to 152 importing countries. We find stark differences in the subnational origin of the sourcing of different actors and link this supply chain mapping to spatially explicit data on cattle-associated deforestation, to estimate the “deforestation risk” (in hectares/year) of each supply chain actor over time. Our results provide an unprecedented insight into the global trade of a deforestation-risk commodity and demonstrate the potential for improved supply chain transparency based on currently available data.

Read the full paper here. See also the Table explainer What is land use and land use change? 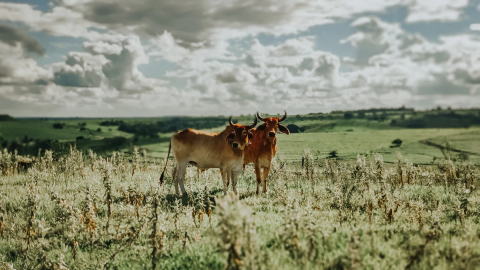 Research Library
Voices from the field: Can farmers champion health? 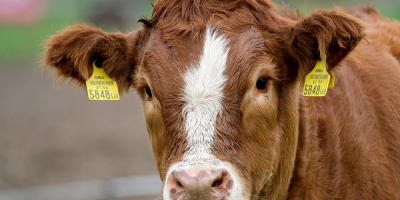