The authors argue that a national cross-disciplinary policy response is required, because individual farmers have an economic incentive to continue using high levels of herbicide, contributing to resistance development. Such a policy response should aim to reduce the spread of resistant weed strains into unaffected areas, and develop and promote non-chemical weed control methods.

Pesticides have underpinned significant improvements in global food security, albeit with associated environmental costs. Currently, the yield benefits of pesticides are threatened as overuse has led to wide-scale evolution of resistance. Despite this threat, there are no large-scale estimates of crop yield losses or economic costs due to resistance. Here, we combine national-scale density and resistance data for the weed Alopecurus myosuroides (black-grass) with crop yield maps and an economic model to estimate resistance impacts. We estimate that the annual cost of resistance in England is £0.4 billion in lost gross profit (2014 prices) and annual wheat yield loss due to resistance is 0.8 million tonnes. A total loss of herbicide control against black-grass would cost £1 billion and 3.4 million tonnes of lost wheat yield annually. Worldwide, there are 253 herbicide-resistant weeds, so the global impact of resistance could be enormous. Our research supports urgent national-scale planning to combat resistance and an incentive for increasing yields through food-production systems rather than herbicides.

Read the full paper here. For a discussion of similar problems in livestock systems, see the Foodsource resource Why does antibiotic resistance matter? 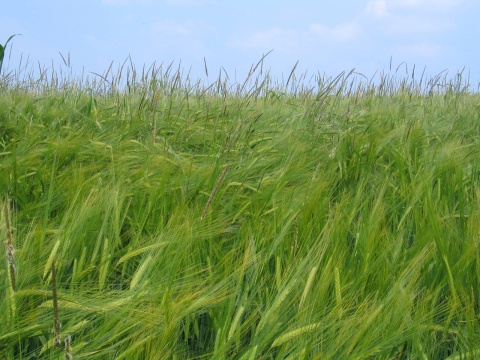