The FCRN has previously reported on the controversy over the development of the 2015 US dietary guidelines, and in particular the vociferous debate as to whether they should include sustainability considerations.

To recap: in February 2015 the government-appointed Dietary Guidelines Advisory Committee released a 571-page report, after reviewing thousands of studies. This panel of independent experts was tasked with reviewing the latest research and advising the secretaries of Agriculture and Health and Human Services what they should include in the next update of the Dietary Guidelines.  Among other things, DGAC advised that the guidelines should take account of both the environmental and health impacts of the food they eat.

The final 2015-2020 Dietary Guidelines have now been published.  In contrast with the recommendation of the DGAC in February 2015, they do not advise Americans to eat less meat as part of a more sustainable diet.  Only in two places does the report include a mention of reduced meat consumption, and it is without any reference to sustainability considerations. In a section labelled "About Meats And Poultry," the government says there is "strong evidence" that a diet lower in meat and processed meat is associated with a reduced risk of cardiovascular disease and "moderate evidence" that such a diet is associated with reduced risk of obesity, diabetes and some cancers. The second mention is in a section encouraging some men and teenage boys who eat too much protein to cut back on meat, eggs and poultry.

An article in Politico finds that the US meat industry invested considerable sums in lobbying in order to influence the final guidelines efforts:

“Disclosures show the National Cattlemen's Beef Association spent more than $112,000 on lobbying in the first three quarters of 2015, with the Dietary Guidelines listed among its concerns. On at least one form, the cattle group listed, ‘Trying to get lean beef recognized in the final health dietary patterns statement,’ as a primary interest. The National Pork Producers Council spent $780,000 and the North American Meat Institute spent more than $220,000, disclosures show.”

It was decided that $1 million be spent on an independent review of the integrity of the entire Dietary Guidelines process – described in the politico article as a win for the industry interests who believe the process has been hijacked by politics.

You can read the full new US dietary guidelines here . See also this article in Politico, Meat industry wins round in war over federal nutrition advice and this blog-post in Huffington Post by M.D. David Katz 2015 Dietary Guidelines: A Plate Full of Politics.

You can see all the resources we have gathered relating to the US Dietary Guidelines Advisory Committee.  These include two blog-posts on the topic which you can find here and here. 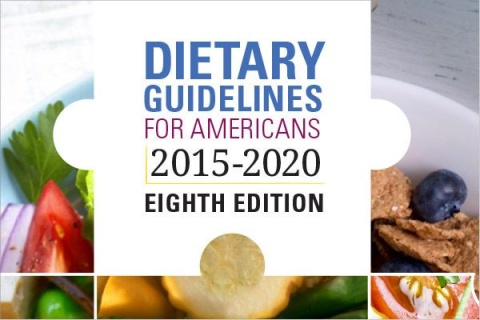