This report sets out new climate change projections for Australia. It was produced by Commonwealth Scientific and Industrial Research Organisation (CSIRO) and funded by the Australian Government Department of the Environment, CSIRO and the Australian Bureau of Meteorology. The key findings from the report are copied as follows:

·       More of Australia’s rain has come from heavy falls and there has been more extreme fire weather in southern and eastern Australia since the 1970s.

Projections for Australia’s future climate vary regionally and depend on which of the four greenhouse gas and aerosol emissions scenarios is considered. Overarching findings include:

·      Australia’s average temperature will increase and we will experience more heat extremes and fewer cold extremes.

·      Extreme rainfall events that lead to flooding are likely to become more intense.

·      The number of tropical cyclones is projected to decrease but they may be more intense  and reach further south.

·      Sea levels will continue to rise throughout the 21st century and beyond.

·      Oceans around Australia will warm and become more acidic.

·      Winter and spring rainfall in southern Australia is projected to decline while changes in other areas are uncertain.

·      For the rest of Australia, natural climate variability will predominate over rainfall trends caused by increasing greenhouse gases until 2030. By 2090, a winter rainfall decrease is expected in eastern Australia.

·      This finding is consistent across Australia even in areas where average rainfall is projected to decrease or the average direction of change is uncertain. This is largely due to the ability of a warmer atmosphere to hold more water.

·      However, the projected reduction in average rainfall in south-west Western Australia may be so strong as to weaken this extreme rainfall tendency.

·      The time in drought will increase over southern Australia, with a greater frequency of severe droughts.

·      The time in drought and the frequency of extreme droughts may increase elsewhere in Australia.

·      A projected increase in evaporation rates will contribute to a reduction in soil moisture across Australia.

Read the full report here. See further reports and papers on climate change and GHG emission trends on our website.   The FCRN has a large number of Australian members.  If you want to discuss issues particular to Australia and the wider region, please use our Australia forum here. 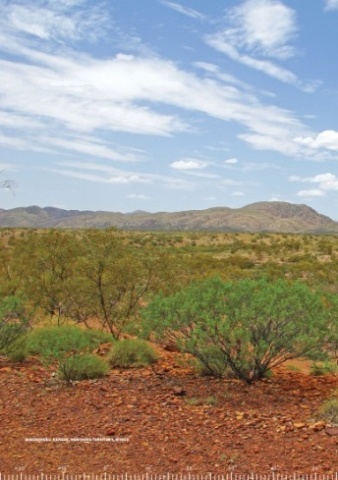