This paper calculates country-level mitigation targets for agricultural non-CO2 greenhouse gases (GHGs) based on a variety of allocation methods. This study claims to be the first to calculate national mitigation contributions for the agricultural sector that are consistent with meeting the 2°C target.

The global total by which agriculture must reduce its emissions in 2030, compared to business as usual, is taken to be approximately 1.0 Gt CO2e (based on Wollenberg et al., 2016). Wollenberg et al. (2016) find that the reductions needed in agricultural non-CO2 emissions are almost the same in both 1.5°C and 2°C scenarios, because the 2°C scenarios already use up most of the possible reductions in agricultural non-CO2 emissions. Only non-CO2 GHGs are considered because of variability and lack of data on soil carbon, on-farm biomass and carbon sequestration.

The results are shown for each scenario in the figure below, where red indicates a reduction in emissions and blue indicates an increase in emissions. Approaches based on historical responsibility give higher mitigation targets to developed countries and lower mitigation targets to developing countries, as do approaches based on capability and the approach based on a composite index of responsibility, capability and need. Approaches based on equal agricultural emissions per capita (cumulative or yearly) permit some (mainly developing) countries to actually increase their agricultural emissions, whereas countries with low populations relative to livestock populations (such as Brazil, the United States, Argentina and Australia) would have to make sharper cuts.

A weakness of this paper is that it allocates based on production, not consumption, which penalises major food exporters. It also permits some countries to increase their emissions where it may not actually be practical, e.g. due to water restriction in Saudi Arabia. The authors conclude that developed countries should provide financial support for developing countries to meet mitigation goals as well as reducing their own emissions. 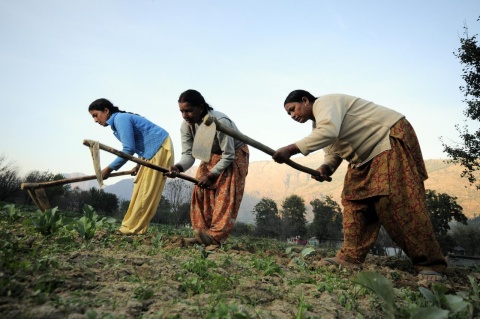