Microbes and the next nitrogen revolution

This paper proposes a solution to the problems associated with the high inefficiencies and indirect detrimental environmental impacts caused by reactive nitrogen use in agriculture.The researchers suggest that land-based agriculture could be bypassed and that Haber Bosch derived nitrogen could be used directly for reactor based microbial protein production. The advantages of microbial protein production are summarised, as are the opportunities and technical challenges for large-scale production. The authors emphasise that, aside from the scientific innovation required, the main challenge to address is obtaining acceptability from regulators and consumers.

The aerobic production of microbial proteins (MP) – by bacteria, fungi, yeast and algae – is a very nitrogen efficient process, and importantly it can take place in fully controlled, enclosed and automated bioreactors (not dissimilar to those used for producing beer and yogurt). This means virtually land free production of valuable protein which, it is argued, could benefit biodiversity and reduce pressures on land. Additionally, MP production requires inorganic carbon – this means that CO2 from industrial flues could be harnessed to simultaneously reduce carbon emissions.

With the figure below, the authors point out that for every 100 units of reactive nitrogen (synthesised using the Haber Bosch process) used in today’s agriculture, only 4-14% ends up as consumable protein. The authors point out the indirect damage caused to the environment, and human health, due to the leaching, run-off and volatilisation of nitrogen fertilisers (they provide a useful table that highlights the findings of some recent, relevant publications).

Along with technical challenges associated with large scale production, the authors say that establishing a place in the market is one of the main challenges for MP. For this, the authors are optimistic and point to the continuing success and expansion of human consumption of the meat substitute Quorn™ – 25,000 tonnes per year of this fungal protein is produced.

In their concluding remarks the authors predict a revolution that will radically restructure agricultural practices and “completely by-pass agriculture”.

The Haber Bosch process is among the greatest inventions of the 20th century. It provided agriculture with reactive nitrogen and ultimately mankind with nourishment for a population of 7 billion people. However, the present agricultural practice of growing crops for animal production and human food constitutes a major threat to the sustainability of the planet in terms of reactive nitrogen pollution. In view of the shortage of directly feasible and cost-effective measures to avoid these planetary nitrogen burdens and the necessity to remediate this problem, we foresee the absolute need for, and expect, a revolution in the use of microbes as a source of protein. Shortcutting land-based agriculture through direct use of Haber Bosch produced nitrogen for reactor based production of microbial protein can be an inspiring concept for the production of high quality animal feed and even straightforward supply of proteinaceous products for human food, without significant nitrogen losses to the environment and without the need for genetic engineering to safeguard feed and food supply for the generations to come.

You can read the full article here (paywall).

You may want to read more about meat, eggs and alternatives in our research library.

You may want to read our summary of a paper that presents an analysis of the nitrogen cycle in the agricultural production system of 12 world regions, available here.

You can also read an interesting blog post about another way microbes could help revolutionise agriculture by increasing the availability of phosphorus in the soil. 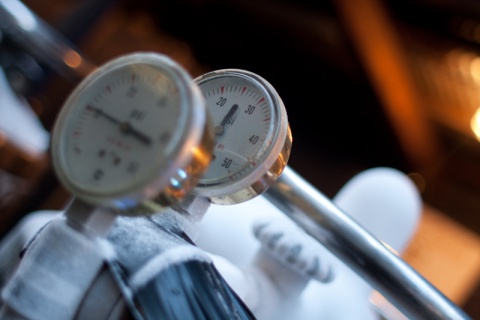