This paper reviews the literature on global food security projections up to 2050. It finds that global food demand is likely to increase between 2010 and 2050 (by 35% to 56%), while the population at risk of hunger is likely to decrease over the same period (range: 91% decrease to 8% increase).

Both per capita food consumption and total food consumption are likely to increase, with population growth influencing total food consumption. The figure below shows a range of scenarios for both measures. The average increase of 51% in projected food demand differs from previous estimates of 70% (by the FAO) and 110% (Tilman et al.). The differences are partly due to a different baseline year being used in the FAO study (2005/2007, versus 2010 in this study), differences in the method of calculating total food (weighting according to price as opposed to calories), and the Tilman study reporting total crop calories, which include feed as well as food. The figure below shows a range of projections for the total number of people at risk of hunger. For both total food demand and the population at risk of hunger, scenarios that account for climate change show a wider range of possible outcomes (+30% to +62% for total food demand and −91% to +30% for population at risk of hunger). However, there is no overall statistical difference found between the average projections of scenarios that do and do not account for climate change.

The paper notes that the COVID-19 pandemic and resultant trade interruptions mean that business-as-usual scenarios are no longer plausible, and that the full impacts of the pandemic cannot yet be understood.

Quantified global scenarios and projections are used to assess long-term future global food security under a range of socio-economic and climate change scenarios. Here, we conducted a systematic literature review and meta-analysis to assess the range of future global food security projections to 2050. We reviewed 57 global food security projection and quantitative scenario studies that have been published in the past two decades and discussed the methods, underlying drivers, indicators and projections. Across five representative scenarios that span divergent but plausible socio-economic futures, the total global food demand is expected to increase by 35% to 56% between 2010 and 2050, while population at risk of hunger is expected to change by −91% to +8% over the same period. If climate change is taken into account, the ranges change slightly (+30% to +62% for total food demand and −91% to +30% for population at risk of hunger) but with no statistical differences overall. The results of our review can be used to benchmark new global food security projections and quantitative scenario studies and inform policy analysis and the public debate on the future of food.

Read the full paper here. See also the TABLE explainer What is malnutrition? 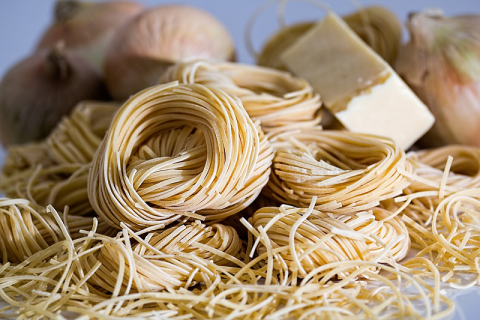