Over 40% of insect species are at risk of extinction over the next few decades and 75% to 98% of insect biomass has already been lost, according to this review of the current state of knowledge about insect declines, with habitat loss through conversion to intensive agriculture being the main driver. Agro-chemical pollutants, invasive species and climate change are also driving insect declines.

The authors conducted a literature search of information on insect declines through the Web of Science database, using the keywords “[insect*] AND [declin*] AND [survey]”. Surveys that focused on only one species, pest outbreaks or invasive species were excluded from the analysis.

The paper describes population trends and drivers of the change for various insect taxa. The figure below shows the proportion of insect species, by taxa, that are in decline or are locally extinct. The authors note that insects form the basis of many food webs, and therefore that insect declines can affect entire ecosystems.

Image: Fig. 3, Sánchez-Bayo and Wyckhuys. Proportion of insect species in decline or locally extinct according to the IUCN criteria: vulnerable species (>30% decline), endangered species (>50% decline) and extinct (not recorded for >50 years). A) terrestrial taxa; B) aquatic taxa.

The figure below shows the main factors associated with insect declines. The leading causes are intensive agriculture (24%), pesticides (13%), ecological traits (13% - for example, specialist species being more vulnerable than generalist species to habitat change, or some species being more or less tolerant of pollutants), urbanisation (11%), fertilisers (10%) and deforestation (9%). The percentages reflect the number of papers that report the specified factor as a driver of insect decline.

The paper estimates that insect biomass is being lost at 2.5% per year. This figure is based on three case studies, which measured the total biomass of insect species found at sites in Puerto Rico (canopy, flying and ground insects were measured separately), the UK (all insects) and Germany (flying insects). On average, 82% of insect biomass has been lost over a period of 33 years during the case studies. The figure below (produced by the FCRN) illustrates the start and end points of each case study, with a linear trendline for each case study for ease of viewing.

Image: Percentage decline in insect biomass found in case studies. Linear trendlines are fitted between the start and end points of each case study. Data from Sánchez-Bayo and Wyckhuys; graph produced by the FCRN.

If the trends were to continue linearly, insects would disappear completely between 2013 and 2025. Since insects have not yet disappeared completely, the earlier estimate cannot be accurate.

The FCRN contacted Sánchez-Bayo for clarification. Sánchez-Bayo confirmed that his estimates of future insect loss are based on a linear decline of 2.5% of current insect biomass each year. In the case studies, however, the average annual decline of 2.5% refers to 2.5% of the original biomass (i.e. the biomass found in the starting year of the case studies - 1978 on average).

As shown by the dashed line in the figure below, a linear decline of 2.5% of current (2019) biomass would lead to the total disappearance of insects within 40 years, rather than within 100 years. (This conclusion holds regardless of whether 2019 biomass is assumed to be equal to or lower than the most recent case study measurements.)

In other words, if global trends follow the trends found in the case studies either linearly or exponentially, we can expect to lose insect biomass even more rapidly than suggested by Sánchez-Bayo in his interview with the Guardian.

The insect species that are increasing in abundance include Bombus pascuorum, the common carder bee.

The authors call for agricultural practices to be reformed and habitats to be restored, for example through minimising pesticide usage and establishing flower and grassland strips around fields.

Media coverage can be found in the Guardian, the BBC, National Geographic and CNN.

A statement from the Crop Protection Association (a UK plant science industry association) said “This literature review provides no new evidence and seeks to blame modern productive agriculture for habitat loss whilst downplaying the role played by urbanisation, deforestation and population growth. [...] Moving to a less productive model of farming, as advocated in this report, would mean bringing more land into production, exacerbating the impacts on biodiversity and increasing habitat loss.” The statement refers to another study: The environmental costs and benefits of high-yield farming.

The UK organic charity, the Soil Association said “...this alarming evidence of insect collapse may be the red flag that was needed to force policy-makers to think ‘biodiversity’ at the same time as ‘climate change’ when they set out their stall on future agriculture policy.”

Biodiversity of insects is threatened worldwide. Here, we present a comprehensive review of 73 historical reports of insect declines from across the globe, and systematically assess the underlying drivers. Our work reveals dramatic rates of decline that may lead to the extinction of 40% of the world's insect species over the next few decades. In terrestrial ecosystems, Lepidoptera, Hymenoptera and dung beetles (Coleoptera) appear to be the taxa most affected, whereas four major aquatic taxa (Odonata, Plecoptera, Trichoptera and Ephemeroptera) have already lost a considerable proportion of species. Affected insect groups not only include specialists that occupy particular ecological niches, but also many common and generalist species. Concurrently, the abundance of a small number of species is increasing; these are all adaptable, generalist species that are occupying the vacant niches left by the ones declining. Among aquatic insects, habitat and dietary generalists, and pollutant-tolerant species are replacing the large biodiversity losses experienced in waters within agricultural and urban settings. The main drivers of species declines appear to be in order of importance: i) habitat loss and conversion to intensive agriculture and urbanisation; ii) pollution, mainly that by synthetic pesticides and fertilisers; iii) biological factors, including pathogens and introduced species; and iv) climate change. The latter factor is particularly important in tropical regions, but only affects a minority of species in colder climes and mountain settings of temperate zones. A rethinking of current agricultural practices, in particular a serious reduction in pesticide usage and its substitution with more sustainable, ecologically-based practices, is urgently needed to slow or reverse current trends, allow the recovery of declining insect populations and safeguard the vital ecosystem services they provide. In addition, effective remediation technologies should be applied to clean polluted waters in both agricultural and urban environments.

Read the full paper here. See also the Foodsource resources How do food systems affect land-use and biodiversity? and What is the land sparing-sharing continuum? 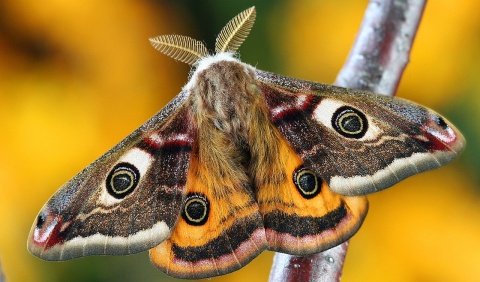