This paper retrospectively models the impacts of ocean warming on the productivity of 235 fish populations around the world representing around one third of reported global catch. It uses a temperature-dependent population model to estimate that the overall maximum sustainable yield of the fish populations dropped by 4.1% between 1930 and 2010.

The maximum sustainable yield is maximum catch that could be repeatedly harvested from a population. It therefore does not necessarily correspond to actual levels of catch.

Some of the greatest warming-driven losses in productivity were in the East Asia region (8% to 34%), which, as the paper points out, is home to “some of the largest and fastest-growing human populations in the world”.

The paper finds that fish populations that had already been excessively fished were more likely to be adversely affected by warming, in part because overfishing changes the age distribution of fish populations.

The authors note that the study is limited in that it does not account for several interlinked factors that can influence productivity, such as pH, dissolved oxygen and changing primary productivity.

Climate change is altering habitats for marine fishes and invertebrates, but the net effect of these changes on potential food production is unknown. We used temperature-dependent population models to measure the influence of warming on the productivity of 235 populations of 124 species in 38 ecoregions. Some populations responded significantly positively (n = 9 populations) and others responded significantly negatively (n = 19 populations) to warming, with the direction and magnitude of the response explained by ecoregion, taxonomy, life history, and exploitation history. Hindcasts indicate that the maximum sustainable yield of the evaluated populations decreased by 4.1% from 1930 to 2010, with five ecoregions experiencing losses of 15 to 35%. Outcomes of fisheries management—including long-term food provisioning—will be improved by accounting for changing productivity in a warmer ocean.

Read the full paper here. See also the Foodsource resource What impacts have already been observed? and the paper Benefits of the Paris Agreement to ocean life, economies, and people. 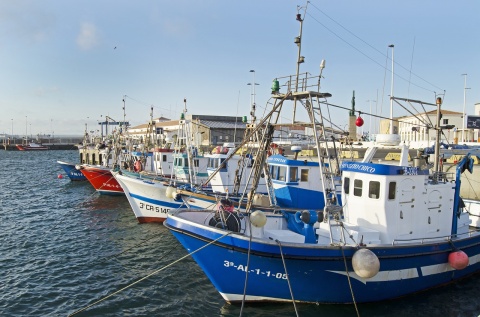