Decoupling of carbon emissions from economic growth is unlikely to happen quickly enough to meet the Paris climate targets of limiting warming to 1.5°C or 2°C, according to this paper. Furthermore, both historical trends and model-based projections suggest there is no evidence that resource use and economic growth can be absolutely decoupled at the global scale in the context of continued economic growth.

The concept of “green growth” - i.e. the continuation of economic growth without the continued growth of resource use and carbon emissions - underlies many national and international policies and is promoted by institutions including the Organisation for Economic Co-operation and Development (OECD), the United Nations Environment Programme (UNEP), and the World Bank. All three organisations suggest that technological improvements and legal regulation and incentives can drive “green growth”.

The paper seeks to determine whether “absolute decoupling” is possible, i.e. whether it is actually possible to reduce resource use while growing the economy (this is as opposed to relative decoupling, where both the economy and resource use continue to grow, albeit with a lower resource use per unit of economic growth).

Some European countries appear to have achieved absolute decoupling since the 2008 financial crisis, since non-energy domestic material consumption has declined while Gross Domestic Product (GDP) has grown.

However, these figure do not account for the resources used to create goods that are imported from other countries. When measuring material footprint, including the impacts of imported goods, the USA, UK, Japan, the OECD and EU-27 have seen “no decoupling at all; indeed, in most cases re-coupling has occurred”. The only three cases of relative decoupling of material footprint and economic growth are China, India and South Africa.

As shown in the figure below, the global material footprint continues to rise and, in the 21st century, has been rising more rapidly than GDP. As the paper says, “the material intensity of the world economy has been increasing in the twenty-first century, not decreasing.” Regarding possible decoupling of resource use and economic growth in the future, the paper notes that the switch in economic activity from manufacturing to services (proposed by some as a means of future decoupling), both globally and in high income countries, has historically coincided with an increase in material use that outstrips GDP growth. This is possibly because services require materials as inputs, or because the income from selling services is used to buy resource-intensive consumer goods.

The paper also reviews three modelling papers that find it is unlikely that an absolute future reduction in material footprint is possible through improvements in resource efficiency (since technological improvements are another argument in favour of the feasibility of green growth). In one case, some relative decoupling of resource use and economic growth is cancelled out by “rebound effects”, whereby consumption of goods rises after greater efficiency makes them cheaper.

The paper also examines carbon emissions. It finds that global CO2 emissions are increasing and have only fallen (temporarily) during periods of economic recession. There has been a relative decoupling of carbon emissions and economic growth between 1960 and 2000, but no global improvement between 2000 and 2014.

“The evidence presented above indicates that in order for efficiency gains to be effective, we will need to scale down aggregate economic activity too. It is more plausible that we will be able to achieve the necessary reductions in resource use and emissions without growth than with growth… Staying within planetary boundaries may require a de-growth of production and consumption in high-consuming nations, and a shift away from the narrow growth-focused development agenda in the global South.”

The notion of green growth has emerged as a dominant policy response to climate change and ecological breakdown. Green growth theory asserts that continued economic expansion is compatible with our planet’s ecology, as technological change and substitution will allow us to absolutely decouple GDP growth from resource use and carbon emissions. This claim is now assumed in national and international policy, including in the Sustainable Development Goals. But empirical evidence on resource use and carbon emissions does not support green growth theory. Examining relevant studies on historical trends and model-based projections, we find that: (1) there is no empirical evidence that absolute decoupling from resource use can be achieved on a global scale against a background of continued economic growth, and (2) absolute decoupling from carbon emissions is highly unlikely to be achieved at a rate rapid enough to prevent global warming over 1.5°C or 2°C, even under optimistic policy conditions. We conclude that green growth is likely to be a misguided objective, and that policymakers need to look toward alternative strategies. 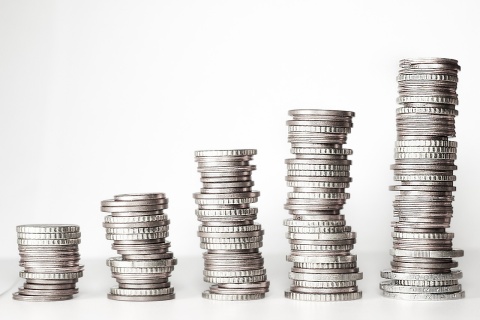