According to the paper, nearly three-quarters of global antimicrobial use is in livestock raised for food. This paper focuses on LMICs because the steep rise in demand for meat in these countries has largely been supported by intensive livestock production systems (which routinely use antimicrobials to enhance productivity) and to remedy the currently poor documentation of antimicrobial resistance in these countries.

The authors recommend that India and China should immediately restrict the agricultural use of antimicrobials that are important in human medicine; that high-income countries should support LMICs in transitioning to more sustainable livestock systems; and that policies restricting antimicrobial use could be less strict across most of Africa, to protect economic development based on livestock production and because Africa (except for the Johannesburg area) has relatively low prevalence of antimicrobial resistance.

The global scale-up in demand for animal protein is the most notable dietary trend of our time. Since 2000, meat production has plateaued in high-income countries but has grown by 68%, 64%, and 40% in Asia, Africa, and South America, respectively. The transition to high-protein diets in low- and middle-income countries (LMICs) has been facilitated by the global expansion of intensive animal production systems in which antimicrobials are used routinely to maintain health and productivity. Globally, 73% of all antimicrobials sold on Earth are used in animals raised for food. A growing body of evidence has linked this practice with the rise of antimicrobial-resistant infections, not just in animals but also in humans. Beyond potentially serious consequences for public health, the reliance on antimicrobials to meet demand for animal protein is a likely threat to the sustainability of the livestock industry, and thus to the livelihood of farmers around the world.

In LMICs, trends in antimicrobial resistance (AMR) in animals are poorly documented. In the absence of systematic surveillance systems, point prevalence surveys represent a largely untapped source of information to map trends in AMR in animals. We use geospatial models to produce global maps of AMR in LMICs and give policy-makers—or a future international panel—a baseline for monitoring AMR levels in animals and target interventions in the regions most affected by the rise of resistance.

We identified 901 point prevalence surveys from LMICs reporting AMR rates in animals for common indicator pathogens: Escherichia coli, Campylobacter spp., nontyphoidal Salmonella spp., and Staphylococcus aureus. From 2000 to 2018, the proportion of antimicrobial compounds with resistance higher than 50% (P50) increased from 0.15 to 0.41 in chickens and from 0.13 to 0.34 in pigs and plateaued between 0.12 and 0.23 in cattle. Global maps of AMR (available at resistancebank.org) show hotspots of resistance in northeastern India, northeastern China, northern Pakistan, Iran, eastern Turkey, the south coast of Brazil, Egypt, the Red River delta in Vietnam, and the areas surrounding Mexico City and Johannesburg. Areas where resistance is just starting to emerge are Kenya, Morocco, Uruguay, southern Brazil, central India, and southern China. Uncertainty in our predictions was greatest in the Andes, the Amazon region, West and Central Africa, the Tibetan plateau, Myanmar, and Indonesia. Dense geographical coverage of point prevalence surveys did not systematically correlate with the presence of hotspots of AMR, such as in Ethiopia, Thailand, Chhattisgarh (India), and Rio Grande do Sul (Brazil). The highest resistance rates were observed with the most commonly used classes of antimicrobials in animal production: tetracyclines, sulfonamides, and penicillins.

The portfolio of antimicrobials used to raise animals for food is rapidly getting depleted, with important consequences for animal health, farmers’ livelihoods, and potentially for human health. Regions affected by the highest levels of AMR should take immediate actions to preserve the efficacy of antimicrobials that are essential in human medicine by restricting their use in animal production. In some middle-income countries, particularly in South America, surveillance must be scaled up to match that of low-income African countries that are currently outperforming them despite more limited resources. Policy-makers coordinating the international response to AMR may consider sparing African countries from the most aggressive measures to restrict access to veterinary drugs, which may undermine livestock-based economic development and rightfully be perceived as unfair. However, in regions where resistance is starting to emerge, there is a window of opportunity to limit the rise of resistance by encouraging a transition to sustainable animal farming practices. High-income countries, where antimicrobials have been used on farms since the 1950s, should support this transition—for example, through a global fund to subsidize improvement in farm-level biosafety and biosecurity.

Read the full paper here. See also the Foodsource chapter What is the connection between infectious diseases in humans and livestock? 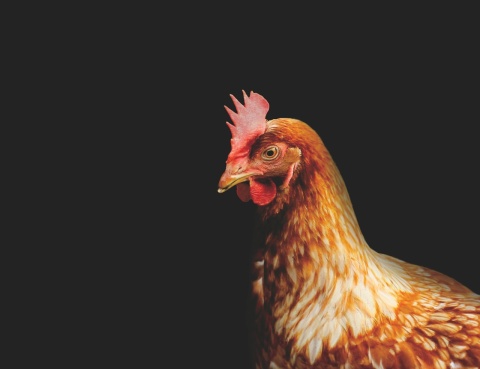