Gels for atmospheric irrigation of soils

This paper describes a method for irrigating agricultural soils in areas that are prone to drought or do not have access to water supplies. The system is based on a “super moisture absorbent gel” (SMAG), which absorbs moisture from the atmosphere and then releases it to the crops when heated by the sun.

Young radish plants were able to survive two weeks without irrigation when SMAG was present in the soil, whereas all plants in a control group grown in sandy soil died after 6 days without irrigation. The experiments described in the paper were carried out in trays of soil rather than in a field.

The paper calls for further research on the interactions between SMAGs and minerals, and the possibility that soil compaction might be caused by SMAG-based irrigation. Beyond describing the potential benefits of this solar-powered irrigation system, the short paper does not discuss possible side effects. For example, it is not clear whether the SMAG is biodegradable or what impacts it might have on soil microbes; the potential costs of SMAG-based irrigation are not estimated; and it is not clear whether large-scale use of atmospheric irrigation would affect local weather patterns.

An atmospheric water irrigation system based on super moisture absorbent gels (SMAG) is developed for sustainable agriculture technology. The SMAG-soil can harvest water from the air and provide water to the plants upon solar heating regardless of the local accessibility to liquid water resources. As a benefit of this solar-powered atmospheric water irrigation system, agriculture can become geographically and hydrologically independent. Thus, crop planting in underdeveloped and drought areas can be liberated from the long-distance water and power supplies. 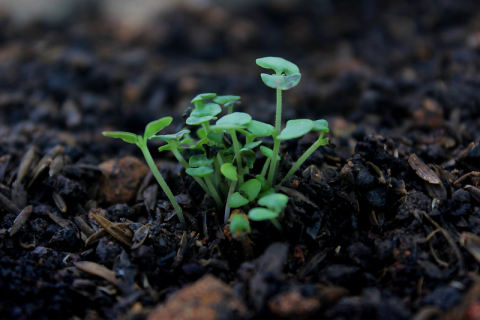