A new paper published in Global Change Biology looks into the effects of increasing CO2 levels on protein in crops. The study finds that not only can increased CO2 be a problem for food security through climate change, but it can also directly impact the nutritional value of crops.

The researchers looked closely at the amount of nitrogen - a proxy for protein - in plants growing at atmospheric levels of CO2 similar to those we’re heading for in the middle part of this century. It found that while increased levels of CO2 in the atmosphere helped some plants grow faster, it also cut the amount of nitrogen (protein) in plants. Importantly, the crops covered in the study were rice, wheat and sorghum – all key sources of protein in the world’s food supply.

The study suggests that a reduction of about 10% in protein is likely in the conditions studied. This may be very problematic in poorer countries where diets (of both people and livestock) are already low in protein.

A key part of the uncertainty in terrestrial feedbacks on climate change is related to how and to what extent nitrogen (N) availability constrains the stimulation of terrestrial productivity by elevated CO2 (eCO2), and whether or not this constraint will become stronger over time. We explored the ecosystem-scale relationship between responses of plant productivity and N acquisition to eCO2 in free-air CO2enrichment (FACE) experiments in grassland, cropland and forest ecosystems and found that: (i) in all three ecosystem types, this relationship was positive, linear and strong (r2 = 0.68), but exhibited a negative intercept such that plant N acquisition was decreased by 10% when eCO2 caused neutral or modest changes in productivity. As the ecosystems were markedly N limited, plants with minimal productivity responses to eCO2 likely acquired less N than ambient CO2-grown counterparts because access was decreased, and not because demand was lower. (ii) Plant N concentration was lower under eCO2, and this decrease was independent of the presence or magnitude of eCO2-induced productivity enhancement, refuting the long-held hypothesis that this effect results from growth dilution. (iii) Effects of eCO2 on productivity and N acquisition did not diminish over time, while the typical eCO2-induced decrease in plant N concentration did. Our results suggest that, at the decennial timescale covered by FACE studies, N limitation of eCO2-induced terrestrial productivity enhancement is associated with negative effects of eCO2 on plant N acquisition rather than with growth dilution of plant N or processes leading to progressive N limitation.

You can find the paper here and an article in the Guardian which covers its findings here.

Read more about nutrition values of crops under climate change in our research library section on Food security and nutrition as well as that one Climate change: impacts and adaptation. You can also find more resources of relevance below the keyword category Nitrogen. 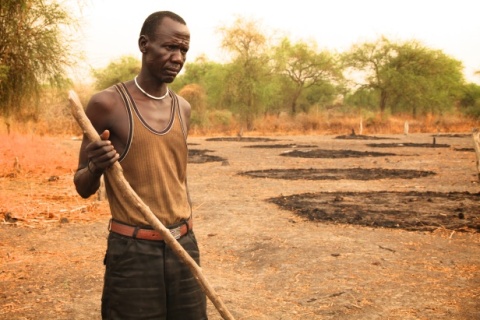