FAO Report 2016: The State of Food and Agriculture

This report highlights the impacts of climate change on the agricultural sector and how, in the future, this is increasingly threatening food security for millions. The report states that meeting the goals of eradicating hunger and poverty by 2030, while addressing the threat of climate change, will require profound transformation of food and agriculture systems worldwide – which is of course a major challenge.

These changes need to be made quickly (as the adverse effects of climate change will increase with time in all regions of the world) and in a way that does not hinder production and itself threaten food security.

The agricultural sector transformation will need to involve millions of food producers adapting to climate change impacts; some of these impacts are already being felt, particularly in the poorest and tropical areas. In the absence of climate change, most regions are projected to see a decline in the number of people at risk of hunger by 2050, but with climate change taken into account, the population living in poverty could increase by between 35 and 122 million by 2030.

The report states that there are economically viable and sustainable farming practices available, such as the use of nitrogen-efficient and heat-tolerant crops, zero tillage and integrated soil fertility management to boost productivity and farmers’ incomes and help lower food prices, but barriers to their adoption must be overcome. It estimates that by 2050 widespread adoption of nitrogen-efficient crops could reduce the number of people at risk of undernourishment by 120 million. Unfortunately, adoption of these practices is limited by policies, such as input subsidies, that perpetuate unsustainable production. There is, consequently, no simple “technological fix” so a reorientation of agricultural and development policies are needed to reset incentives and lower barriers to the transformation of the agricultural system. Attention should be paid to supporting low-income small holder farmers and strengthening their climate change adaptation strategies. 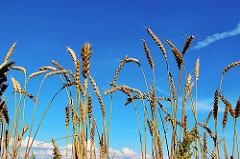