False Promises: The Alliance for a Green Revolution in Africa

This report, published by a group of African and German nonprofits, critically assesses the work of the Alliance for a Green Revolution in Africa (AGRA). AGRA was founded by the Bill and Melinda Gates Foundation and the Rockefeller Foundation, and has received nearly $1 billion in funding.

According to the report, AGRA promotes agricultural technologies such as high-yield commercial seeds, synthetic fertilisers, and pesticides. AGRA initially aimed to “double yields and incomes for 30 million farming households by 2020”, but deleted that goal from its website in June 2020 without explanation. The report argues that AGRA has failed to be transparent, noting that AGRA has not published an evaluation of the effectiveness of its programmes.

The report finds that there has been little progress on productivity, income, or food security in AGRA’s 13 target countries. Specifically: 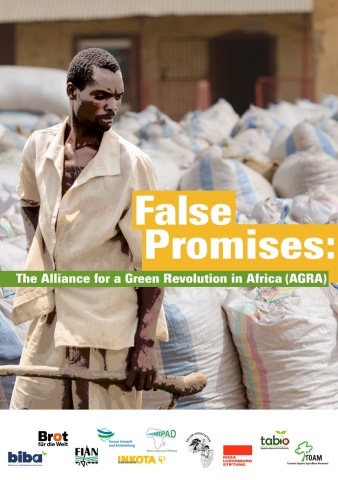