European Union member countries have voted to ban three neonicotinoid pesticides. Neonicotinoids have been linked to the decline of bees and other pollinators. Neonicotinoids will be banned from use in open fields by the end of 2018, but will still be permitted inside closed greenhouses.

The ban was welcomed by the Pesticide Action Network (statement here) and Friends of the Earth (statement here), while Greenpeace EU food policy adviser Franziska Achterberg said, “These three neonicotinoids are just the tip of the iceberg – there are many more pesticides out there, including other neonicotinoids, that are just as dangerous for bees and food production.” (full statement here).

Meanwhile, the UK’s National Farmers’ Union said, “The European Commission’s extension of the ban on the use of neonicotinoids to all outdoor crops is a regrettable decision that is not justified by the evidence” (full statement here).

Neonicotinoid manufacturers Bayer and Syngenta also oppose the decision. Bayer said, “The decision will further reduce European farmers' ability to tackle important pests, for many of which there are no alternative treatments available” (full statement here), while Syngenta said “The evidence clearly shows that neonicotinoids pose a minimum threat to bee health compared to a lack of food, diseases and cold weather” (full statement here).

Prof David Goulson, Professor of Biology at the University of Sussex, welcomed the decision, saying, “There is abundant evidence from lab and field studies that neonicotinoids are harmful to bees, and a growing body of evidence linking them to declines of butterflies, aquatic insects and insect-eating birds.” Prof Nigel Raine, Rebanks Family Chair in Pollinator Conservation at the University of Guelph said, “Pesticide regulation is a balancing act between unintended consequences of their use for non-target organisms (including pollinators) and giving farmers the tools they need to control crop pests.” See more here.

See also the Foodsource resource How do food systems affect land-use and biodiversity? 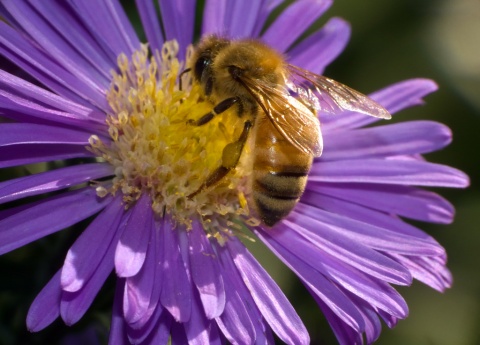