This paper looks at how trade liberalisation could impact the effectiveness of climate mitigation policies for non-CO2 emissions in the EU agricultural sector. Three scenarios are modelled: free trade agreements (FTA) alone; an EU carbon tax; and the combination of both.

The results predict that free trade agreements alone would reduce non-CO2 emissions in EU agriculture, because some EU production would be replaced by more competitive non-EU production. However, because of this increased production in non-EU countries, global emissions would actually rise slightly (shown in the FTA column in the figure below). This is known as emissions leakage.

An EU tax on non-CO2 emissions would trigger a greater reduction in EU emissions (central column below). Emissions leakage would be lower than in the free trade scenario, because of less substitution of EU production by overseas production.

This paper contributes to the literature on the trade liberalization – climate change nexus by investigating the impact of the current free trade agenda of the European Union (EU) on the effectiveness of a possible greenhouse gas (GHG) reduction policy for its agricultural sector. For the analysis we implement scenarios with a carbon tax on non-CO2 emissions and trade liberalization both individually and combined in CAPRI, a global partial equilibrium model for agriculture. Scenario results indicate that the simulated trade liberalization by itself has only modest effects on agricultural GHG emissions by 2030. Pricing agricultural non-CO2 emissions in the EU triggers the adoption of mitigation technologies, which contributes to emission reductions. Emission leakage, however, partially offsets the EU emission savings as production increases in less emission-efficient regions in the world. The combination of agricultural trade liberalization and carbon pricing increases emission leakage and, therefore, further undermines global mitigation gains. Our results hinge on the key assumptions that future trade agreements between non-EU countries are not considered and that the climate actions are limited to the EU only. Despite these limitations we conclude that, from a global GHG mitigation perspective, trade agreements should address emission leakage, for instance by being conditional on participating nations adopting measures directed towards GHG mitigation. 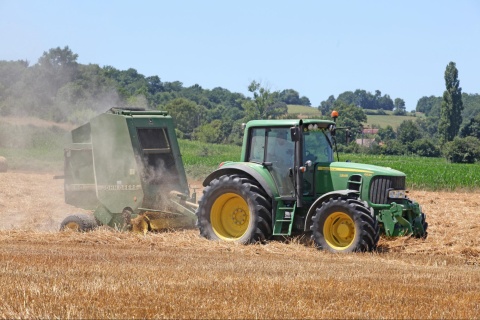