This paper finds that, as climate change causes the geographical shift of areas suitable for growing certain crops, the potential changes in land use could have impacts on biodiversity, water resources and soil carbon storage. So-called “agriculture frontiers” - areas of land not currently suitable for producing crops but that might become suitable in future due to shifts in temperature or rainfall - cover an area nearly one-third as big as current agricultural land area.

The figure below shows that large areas of Canada and Russia (the regions coloured in dark blue) might become suitable for producing at least one major commodity crop such as potatoes, wheat or maize.

The paper estimates that if these areas were actually to be cultivated (a question that depends on soil quality, infrastructure, etc.), then the following environmental impacts could be expected:

Growing conditions for crops such as coffee and wine grapes are shifting to track climate change. Research on these crop responses has focused principally on impacts to food production impacts, but evidence is emerging that they may have serious environmental consequences as well. Recent research has documented potential environmental impacts of shifting cropping patterns, including impacts on water, wildlife, pollinator interaction, carbon storage and nature conservation, on national to global scales. Multiple crops will be moving in response to shifting climatic suitability, and the cumulative environmental effects of these multi-crop shifts at global scales is not known. Here we model for the first time multiple major global commodity crop suitability changes due to climate change, to estimate the impacts of new crop suitability on water, biodiversity and carbon storage. Areas that become newly suitable for one or more crops are Climate-driven Agricultural Frontiers. These frontiers cover an area equivalent to over 30% of the current agricultural land on the planet and have major potential impacts on biodiversity in tropical mountains, on water resources downstream and on carbon storage in high latitude lands. Frontier soils contain up to 177 Gt of C, which might be subject to release, which is the equivalent of over a century of current United States CO2 emissions. Watersheds serving over 1.8 billion people would be impacted by the cultivation of the climate-driven frontiers. Frontiers intersect 19 global biodiversity hotspots and the habitat of 20% of all global restricted range birds. Sound planning and management of climate-driven agricultural frontiers can therefore help reduce globally significant impacts on people, ecosystems and the climate system. 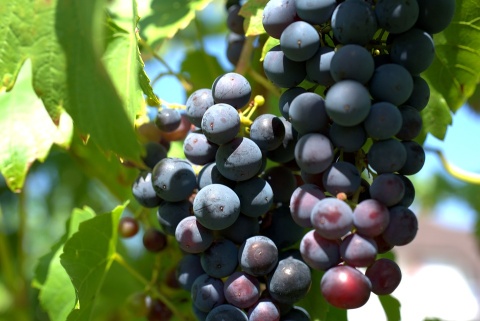