Enhancing soil carbon sequestration and adaptation in Europe’s agricultural sector: towards a new approach under CAP and ETS

This paper discusses EU climate and agriculture policy instruments and analyses how these can motivate farmers to adopt soil carbon sequestration projects.

The paper was written as part of the SMARTLAW-project (“Towards a Regulatory Framework for Climate Smart Agriculture”). The summary below is written by FCRN member Jonathan Verschuuren, professor of international and EU environmental law at Tilburg University in the Netherlands.

The paper concludes that soil carbon sequestration has important benefits for mitigation and adaptation but notes that, current EU policies do not sufficiently incentivize farmers to farm for carbon. A new approach is needed, one that integrates EU climate and agriculture policies. First, agriculture has to be included the in EU ETS (emissions trading system) by allowing regulated industries to buy offsets from the agricultural sector. Second, the CAP needs to be much more focused on climate change mitigation and adaptation.

The paper argues that measures aimed at soil carbon sequestration increase the ability of soils to hold moisture and to better withstand wind and water erosion, enrich ecosystem biodiversity, help cropping systems to better withstand droughts and floods, increase fertility for crops through restoring healthy soil microbial communities, and increase livestock efficiency.  The assessment shows that current and proposed policies and instruments are inadequate to stimulate large scale adoption of soil carbon projects across Europe. This conclusion is true for both the current and future climate policy and the CAP, despite the proposed LULUCF Regulation, and despite the 2013 greening of the CAP. Inherent constraints of both policies prevent a radical conversion of Europe’s farmers to become ‘carbon farmers’. These constraints are mostly because climate and agriculture policy instruments operate in isolation.

That is why an alternative approach needs to be developed, both under the climate policy and under the CAP. In this study, a broad literature study revealed the current knowledge on the benefits of increased soil carbon sequestration for adaptation. Second, an empirical study into the experiences with soil carbon projects under Australia’s carbon farming legislation showed the regulatory approach that was chosen in that country and the stakeholders’ experiences with the Australian legislation. Australia was chosen for this empirical research because it is one of only a handful countries in the world that have a regulatory framework in place allowing farmers to generate carbon credits through increased soil carbon sequestration. Third, current EU climate and agricultural policies were reviewed with the aim to find anchor points for a policy that stimulates farmers to increase soil carbon sequestration. Finally, a new regulatory approach was proposed, based on the Australian experiences and the assessment of the current EU climate and agriculture policies. 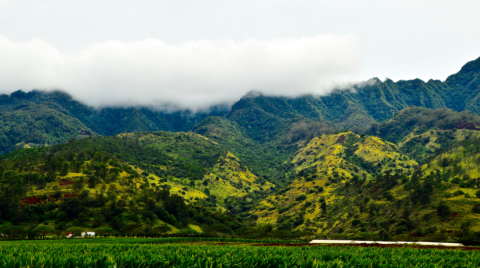