This paper provides new predictions of the global climate change mitigation potential of soil organic carbon sequestration on agricultural land.  It asks whether soil carbon sequestration really does have  a major role to play in mitigating agricultural GHGs and concludes that, given the many technical constraints, and the time limited nature of sequestration, its contribution is in fact likely to be minor.  However, as the authors  point out, there are other non-CO2 benefits that arise from building soil carbon, that are not considered in this study.

Both the abstract and conclusions are copied as follows:

When assessing soil organic carbon (SOC) sequestration and its climate change (CC) mitigation potential at global scale, the dynamic nature of soil carbon storage and interventions to foster it should be taken into account. Firstly, adoption of SOC-sequestration measures will take time, and reasonably such schemes could only be implemented gradually at large-scale. Secondly, if soils are managed as carbon sinks, then SOC will increase only over a limited time, up to the point when a new SOC equilibrium is reached. This paper combines these two processes and predicts potential SOC sequestration dynamics in agricultural land at global scale and the corresponding CC mitigation potential. Assuming that global governments would agree on a worldwide effort to gradually change land use practices towards turning agricultural soils into carbon sinks starting 2014, the projected 87-year (2014–2100) global SOC sequestration potential of agricultural land ranged between 31 and 64 Gt. This is equal to 1.9–3.9% of the SRES-A2 projected 87-year anthropogenic emissions. SOC sequestration would peak 2032–33, at that time reaching 4.3–8.9% of the projected annual SRES-A2 emission. About 30 years later the sequestration rate would have reduced by half. Thus, SOC sequestration is not a C wedge that could contribute increasingly to mitigating CC. Rather, the mitigation potential is limited, contributing very little to solving the climate problem of the coming decades. However, we deliberately did not elaborate on the importance of maintaining or increasing SOC for sustaining soil health, agro-ecosystem functioning and productivity; an issue of global significance that deserves proper consideration irrespectively of any potential additional sequestration of SOC.

The 87-year total global SOC sequestration of agricultural land, if successively turned into a C-sink, according to our estimates ranged between 32 and 64 Gt. This is equal to between 1.9-3.9% of the SRES-A2 (NB: the IPCC’s ‘business as usual scenario) projected 87-year anthropogenic emissions, or, if broken down into equal annual pieces, 4.4-8.9% of the 2009 emissions. However, our study shows that it is reasonable to assume that SOC sequestration is highly dynamic.  According to our two scenarios SOC sequestration would peak in 2032-33, then reaching 4.3-8.9% of the projected annual SRES-A2 emission. About 30 years later the sequestration rate would have reduced by half. Thus, SOC sequestration is not a C wedge that could contribute increasingly to mitigating CC. Rather, the mitigation potential is limited, providing only a humble contribution to solving the climate problem of the coming decades.

The paper is free to download from the Journal of Environmental Management until 23 September 2014. The paper is a contribution to the Climate Change, Agriculture and Food Security (CCAFS) Low Emissions Agriculture research theme, focused on supporting agricultural development that reduces GHGs or sequesters carbon while improving the livelihoods of smallholder farmers. 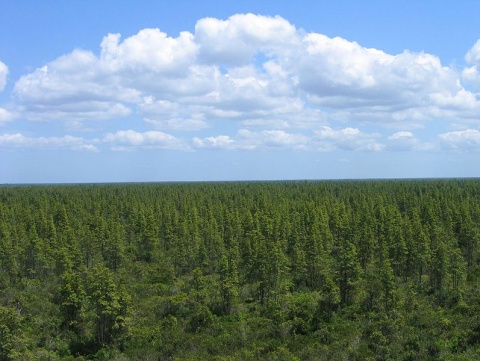