FCRN member Anna Birgitte Milford of the NIBIO (Norwegian Institute of Bioeconomy Research) has co-authored this paper, which studies the impact of various variables on meat total meat and ruminant meat consumption levels (both total and ruminant) in 137 countries. The paper assesses factors which had previously not been used together in similar analyses, including economic, cultural and natural factors (e.g. land availability and climate).

The paper isolates the effect of each individual variable using ordinary least squares regression (i.e. fitting a linear trendline to real-world data). Thus, the calculated effect of one variable (such as urbanisation) applies regardless of the level of other variables (such as income).

The fact that “natural endowment” factors (such as land and climate) play a role indicates that production influences consumption levels, and not just the other way round. For example, the paper suggests that people living in temperate zones eat more meat than people living in either tropical or subarctic zones, possibly due to temperate zones being more suitable for grain production. Natural endowment factors have a greater impact on ruminant meat consumption levels than on total meat consumption levels, possibly due to the importance of grazing land availability for ruminant production (relative to monogastric production).

The paper notes that previous studies on the factors correlated with meat consumption often use a smaller range of variables, such as just meat prices and income. This approach, the authors say, may overestimate the impact of a factor such as income, because other variables that may also have an impact are often closely linked with income levels (e.g. female participation in the workforce and degree of urbanisation) - whereas the present paper provides a more comprehensive explanation of meat consumption by examining many factors. One surprising result of the paper was that a greater degree of economic globalisation (e.g. international trade and openness to foreign investment) is linked to lower meat consumption, whereas social globalisation (e.g. personal contact with people from other countries) is linked to higher meat consumption.

The authors suggest that these results indicate that policy measures that act by changing the underlying preferences of consumers might have an influence on meat consumption levels, such as policies focused on advertising, education and increased availability of ready-made plant based products. However, they note that some of the main drivers of meat consumption (income, urbanisation and natural endowments) are not easy to influence via policy.

Increasing global levels of meat consumption are a threat to the environment and to human health. To identify measures that may change consumption patterns towards more plant-based foods, it is necessary to improve our understanding of the causes behind the demand for meat. In this paper we use data from 137 different countries to identify and assess factors that influence meat consumption at the national level using a cross-country multivariate regression analysis. We specify either total meat or ruminant meat as the dependent variable and we consider a broad range of potential drivers of meat consumption. The combination of explanatory variables we use is new for this type of analysis. In addition, we estimate the relative importance of the different drivers. We find that income per capita followed by rate of urbanisation are the two most important drivers of total meat consumption per capita. Income per capita and natural endowment factors are major drivers of ruminant meat consumption per capita. Other drivers are Western culture, Muslim religion, female labour participation, economic and social globalisation and meat prices. The main identified drivers of meat demand are difficult to influence through direct policy intervention. Thus, acting indirectly on consumers’ preferences and consumption habits (for instance through information, education policy and increased availability of ready-made plant based products) could be of key importance for mitigating the rise of meat consumption per capita all over the world. 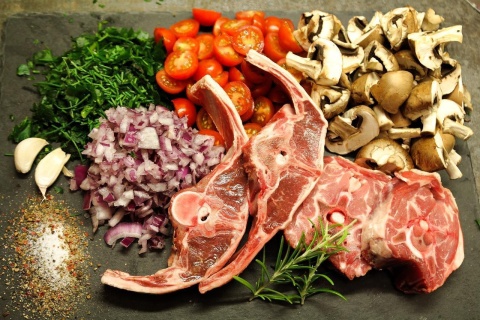