This report by the UK’s Soil Association on cotton and climate change argues that switching to organic cotton could reduce the global warming impact of cotton production by 46% compared to non-organic cotton. Cotton has been called the world’s dirtiest agricultural commodity, owing to its heavy use of insecticides and water, high GHG emissions, and land use.

It also says that changing to organic cotton farming would reduce consumption of scarce fresh water by over 90% and energy use by over 60%. It warns that, by contrast, greenhouse gas emissions from cotton production could increase to 300 million tonnes of CO2e by 2020 if current practices remain unchecked. Another benefit described is that organic cotton farmers are in a better position to feed themselves, their families and often their local communities because organic farming is based on rotations which will include food crops as well as cotton.

In 2013/14, 26 million tonnes of cotton was produced globally, on around 33 million hectares of land in a hundred countries, using 2.5% of the world’s farmland. One hundred million households, most in the some of the world’s poorest countries, depend on cotton farming. As well as GHG emissions, cotton is responsible for 16% of global insecticide use – more than any other crop. Globally, cotton production releases 220 million tonnes of CO2e, and one tonne of non-organic cotton produces 1.8 tonnes of CO2e. Demand for organic cotton is growing and is now worth an estimated $15.7 billion. 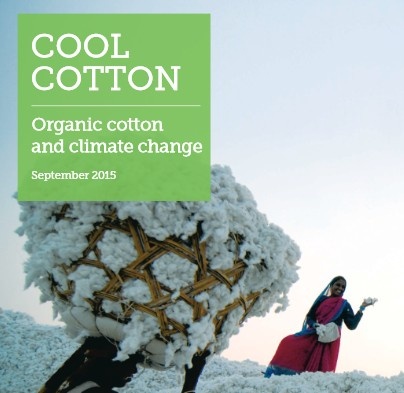