The contested promises of alternatives proteins

FCRN member Alexandra Sexton describes the narratives and counter-narratives that have been used to talk about alternatives such as cultured meat and plant-based meat replacements.

The figure belows outlines the main arguments used to promote alternative proteins and the responses from the livestock industry. This work has fed into the report Meat: the future - Alternative proteins by the World Economic Forum.

This paper offers a critical examination of the narrative landscape that has emerged with a new movement of alternative proteins intended as substitutes for conventional meat, milk and other animal-based food products. The alternative protein approaches analysed include edible insects, plant-based proteins and cellular agriculture, the latter of which encompasses ‘cultured’ or ‘clean’ meat, milk and egg products produced in vitro via cell-science methods. We build on previous research that has analysed the promissory narratives specific to cultured/clean meat by examining the key promises that have worked across the broader alternative protein movement. In doing so, we develop a five-fold typology that outlines the distinct yet interconnected claims that have operated in alternative protein promotional discourses to date. The second part of the paper examines the counter-narratives that have emerged in response to alternative protein claims from different stakeholders linked to conventional livestock production. We offer a second typology of three counter-narratives that have so far characterised these responses. Through mapping this narrative landscape, we show how different types of ‘goodness’ have been ascribed by alternative protein and conventional livestock stakeholders to their respective approaches. Moreover, our analysis reveals a series of tensions underpinning these contested food futures, many of which have long histories in broader debates over what constitutes better (protein) food production and consumption. The paper's discussion contributes to ongoing research across the social sciences on the ontological politics of (good) food, and the key role of narratives in constructing and contesting visions of ‘better’ food futures. 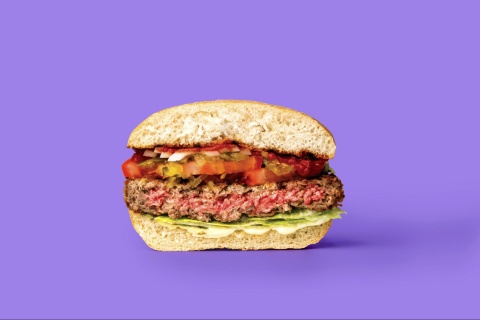