In this paper, FCRN member Raychel Santo reviews evidence on the potential benefits and risks of the production and consumption of plant-based and cell-based meat alternatives. The paper covers implications for health, environmental performance, animal welfare, economy and policy.

The paper offers a review of existing evidence on the greenhouse gas footprints, land use, and blue water footprints of plant-based substitutes and cell-based meat, and compares these to a variety of farmed meats and other proteins.

It finds that plant-based meat substitutes have substantially smaller carbon, land, and blue water footprints and require fewer pesticides to produce compared to conventionally-farmed beef. Compared to farmed pork, poultry, eggs, and some types of seafood, the environmental benefits of plant-based substitutes were generally less pronounced.

In the case of cell-based meat, the potential environmental footprints were generally lower than those of farmed beef and comparable to or worse than those of other farmed meats and seafood, but the evidence base remains limited.

As an example, the figure below shows the carbon footprint of various protein sources per 100 g of protein. 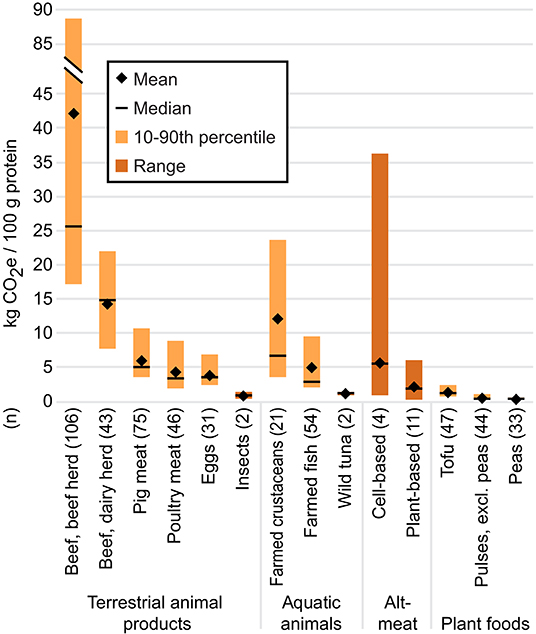 Santo said “It's also important to note that we are not limited to a choice between conventional meat and meat alternatives. There are many other healthy, environmentally sustainable, and ethical proteins to choose from, including whole plant proteins like dried beans and lentils, and more sustainably produced animal products.”

On 12 March 2021, TABLE hosted an “Ask The Author” session with Raychel Santo, Brent Kim and Jan Dutkiewicz, co-authors of this paper. 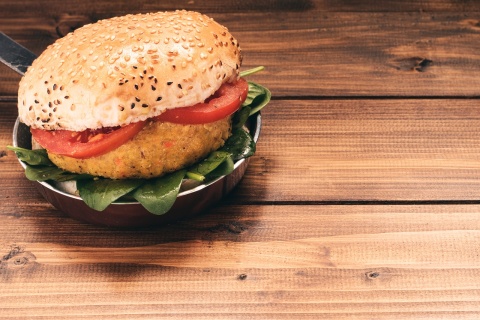