Comment: Tipping points are close, but can still be slowed

This commentary reviews the evidence on climate tipping points - i.e. irreversible (on a human timescale) and abrupt shifts from one climate state to another - and concludes that several interlinked tipping points could be already active or very near to being triggered. Cutting emissions could still slow down the rate at which the tipping points operate, the authors argue.

The paper notes that current national commitments to cut greenhouse gas emissions, if implemented, are likely to lead to at least 3°C of warming, despite the Paris agreement’s goal of limiting warming to 2°C or preferably 1.5°C. However, the likelihood of tipping points being triggered below 3°C of warming means that warming should urgently be limited to 1.5°C, the authors argue, requiring an emergency response.

Specific tipping points discussed by the paper include:

Beyond 1,200 parts per million of carbon dioxide in the atmosphere (compared to 411 ppm as of November 2019), the break-up of certain types of cloud could cause a jump of 8°C in warming.

“If damaging tipping cascades can occur and a global tipping point cannot be ruled out, then this is an existential threat to civilisation. No amount of economic cost–benefit analysis is going to help us. We need to change our approach to the climate problem… The stability and resilience of our planet is in peril. International action — not just words — must reflect this.”

Read the full paper here. See also the Foodsource resource What is the likely human impact? and the paper Trajectories of the Earth System in the Anthropocene. 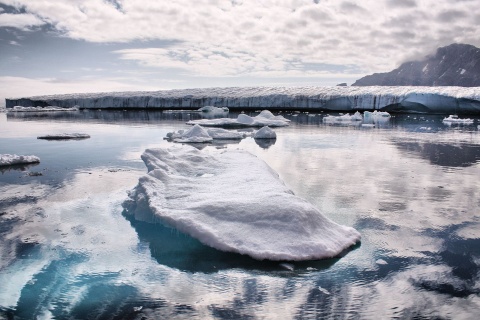