Fresh fruit and vegetables deliberately withdrawn from the market and destroyed under the EU’s Common Agricultural Policy accounted for 5.1 Mt CO2 eq. in embedded production-stage emissions between 1989 and 2015, according to research by FCRN member Stephen Porter of the University of Edinburgh.

The paper shows how changes in the EU CAP policy have directly affected the embedded climate cost of lost and wasted food. While the quantity of withdrawn fruit and vegetables is now around 95% lower than 25 years ago, Porter points out that the withdrawal and destruction mechanism remains a potential source of food wastage and embedded emissions. On average, 60% of withdrawn fruit and vegetables is destroyed - a proportion that has remained roughly constant across the studied time period.

Since 1962 the Common Agriculture Policy (CAP) of the European Union (EU) has enabled payment of subsidy to some food producers for withdrawal of specific commodities – including fresh fruit and vegetables (FFV) – where market prices have fallen below a pre-set level. These deliberate withdrawals have led to large amounts of usable food (~60% of withdrawals) being destroyed on farms across the EU. Such wasted food incurs a significant climate change cost through its production-phase greenhouse gas (GHG) emissions. Here, we assess the magnitude of this FFV withdrawal and destruction, its spatial and temporal trends, and its associated GHG emissions between 1989 and 2015. We find the total mass of avoidable FFV losses occurring as a result of these EU CAP market interventions for this 26-year period to be 23.6 Mt. The production-phase GHG emissions associated with the withdrawn FFV that was subsequently destroyed amount to 5.1 Mt CO2e over this period. We also find that, with each successive Common Market Organisation (CMO) reform there has been a marked reduction (~95% between 1989 and 2015) in the quantity of such deliberate withdrawals. Surprisingly, however, whilst the absolute quantity of FFV withdrawn and destroyed has fallen, the proportion of withdrawals that is destroyed remained roughly static at an average of about 60%. Finally, to inform debate on action needed to address FFV specifically, and food loss and waste more generally, we highlight potential scenarios and mechanisms to reduce withdrawals, avoid FFV destruction and improve alternative use of withdrawn food in the future.

Read the full paper here. You can contact Stephen Porter at Stephen.Porter@ed.ac.uk. See also the Foodsource resource How are food losses and waste an environmental concern? 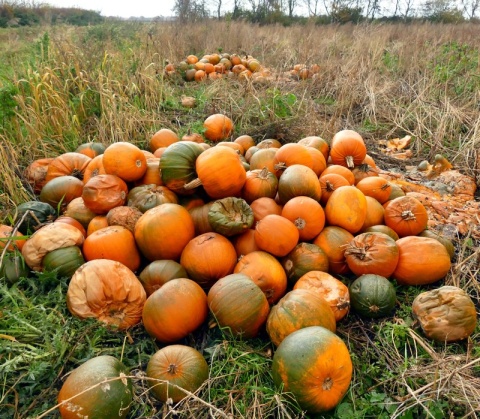