FCRN member Eugene Mohareb of the University of Reading is the lead author on a paper that quantifies greenhouse gas (GHG) emissions associated with the US food supply chain. The paper argues that the majority of food system emissions could be best mitigated by urban areas and urban consumers (see below for definitions), rather by production side mitigation measures. The paper assesses how municipalities and urban dwellers might be able to contribute to deep, long-term emissions cuts along the food supply chain.

The figure below shows the potential greenhouse gas reductions associated with a variety of measures, including decarbonisation of the electricity grid (18%), a 50% reduction in retail and consumer waste (11%) and replacing 25% of beef consumption with chicken (6%). Note that for an alternative view of how to reduce the environmental impacts of meat consumption, see FCRN member Hannah van Zanten’s recent blog post, here, about feeding livestock on leftovers and byproducts. See also the FCRN report Lean, green, mean, obscene…? What is efficiency? And is it sustainable? for a discussion of some criticisms of replacing ruminant meat with poultry, e.g. poultry may require less feed per kg of meat than ruminants, but ruminants can produce meat from grass whereas poultry cannot.

Open-field urban agriculture is found to have only a small potential for reducing emissions (1%) compared to other measures (see, however, discussion of the social and economic impacts of urban agriculture such as here and here).

Assumptions that may impact the transferability of the paper’s results include the relatively high carbon intensity of the US grid and the high levels of meat consumption (especially beef) in the US.

Eugene Mohareb told the FCRN, “One thing that we hope people take away is that food system GHG mitigation is predominantly within urban/consumer influence; we feel that this is empowering for people who live in cities because they can have a substantial impact on emissions that are often perceived to be beyond their control.”

The paper’s claim that cities directly influence around two-thirds of US food system emissions is based on the fact that production-side emissions accounted for 36% of US food emissions in 2010. Remaining emissions (including production-side emissions for food that is eventually wasted, retail, waste disposal, household energy use and packaging) together account for 64%. The latter activities have been defined as “urban-focused”, according to Mohareb, and have therefore been attributed to urban areas in this paper.

Note also that “urban areas” in this paper are defined as areas with a population of over 2500 people, and therefore may include many areas that are not cities.

Current trends of urbanisation, population growth, and economic development have made cities a focal point for mitigating global greenhouse gas (GHG) emissions. The substantial contribution of food consumption to climate change necessitates urban action to reduce the carbon intensity of the food system. While food system GHG mitigation strategies often focus on production, we argue that urban influence dominates this sector’s emissions and that consumers in cities must be the primary drivers of mitigation. We quantify life cycle GHG emissions of the United States food system through data collected from literature and government sources producing an estimated total of 3800 kg CO2e/capita in 2010, with cities directly influencing approximately two-thirds of food sector GHG emissions. We then assess the potential for cities to reduce emissions through selected measures; examples include up-scaling urban agriculture and home delivery of grocery options, which each may achieve emissions reductions on the order of 0.4 and ∼1% of this total, respectively. Meanwhile, changes in waste management practices and reduction of post-distribution food waste by 50% reduce total food sector emissions by 5 and 11%, respectively. Consideration of the scale of benefits achievable through policy goals can enable cities to formulate strategies that will assist in achieving deep long-term GHG emissions targets. 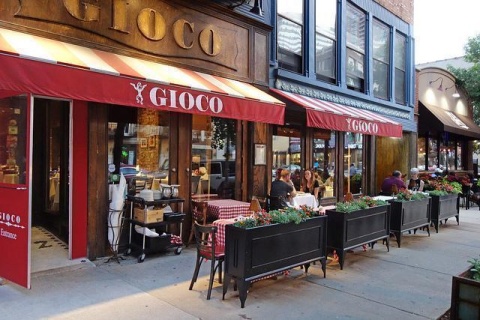