Biodiversity and the challenge of pluralism

This paper argues that the way the concept of “biodiversity” is defined and used is blocking progress in protecting nature. It notes that the mainstream Western conservation movement tends to focus on charismatic species and wilderness.

This Western framing, the authors say, has influenced policy instruments such as the UN Convention on Biological Diversity (CBD). The CBD defined biodiversity at three levels: diversity of species, diversity within species, and diversity of ecosystems. However, individual conservation organisations often use this broad banner to continue their objectives of conserving particular species or wild ecosystems.

The authors find this framing problematic. For example, they argue that the Euro-American idea of setting aside “pristine landscapes” is harmful to local and Indigenous communities who may have different relationships with nature, such as agri-pastoralism, shifting cultivation, and hunting and gathering. Furthermore, they argue that the “ecosystems services” concept, developed in the 2000s, shows that actions to maximise benefits to people from ecosystems or to protect charismatic species do not necessarily align with each other.

The paper argues that those who call for protecting biodiversity by protecting pristine nature are often themselves most deeply embedded within the “modern industrial and urbanised” world, and that these voices often ignore alternative views held by communities who live in a “much more symbiotic relationship” with nature.

The definition of biodiversity is important, say the authors, because it “creates powerful frames and narratives that are linked to normative positions” and ultimately influences policy options and the production of knowledge.

They recommended defining biodiversity in a pluralistic manner. This would involve acknowledging the many different interpretations of the concept held by people, including the definitions used by a variety of academic disciplines. The mainstream conservation movement would also have to “give up its position of moral authority and power” in answering questions about what we want from nature and how to get there.

The paper identifies three problems with the current conservation movement, which it says must be tackled:

The paper also identifies three problems with current mainstream analysis of the drivers of biodiversity loss:

The figure below illustrates the authors’ proposed pluralistic approach to biodiversity conservation. It includes: recognition by each actor of their own interpretations of biodiversity and the normative positions attached to those interpretations; engaging with a diversity of voices including those from marginalised communities; and an acknowledgement by conservation science that almost all ecosystems have been modified by humans to some extent.

Image: Figure 1, Pascual et al. An agenda for a pluralistic perspective about biodiversity in science, policy and practice.

The lack of progress in reversing the declining global trend in biodiversity is partly due to a mismatch between how living nature is conceived and valued by the conservation movement on the one hand, and by many different people, including marginalised communities, on the other. Addressing this problem calls for a pluralistic perspective on biodiversity. This requires consideration of the use of the concept of biodiversity, willingness to expand its ambit, and engagement with the multiple and multi-level drivers of change. We propose ways for conservation science, policy and practice to deliver more effective and socially just conservation outcomes. 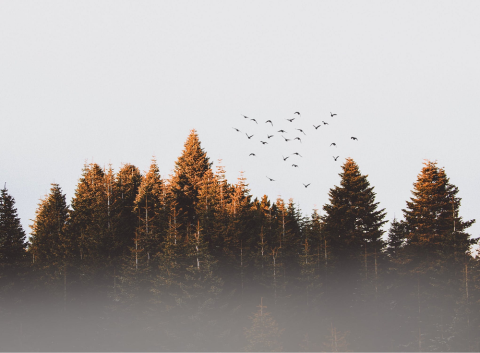