This study reviews the variation in greenhouse gas emissions resulting from vegetable oil production around the world. It re-analyses life cycle data covering almost 6000 producers of palm, soybean, rapeseed and sunflower oil across 38 countries. It finds that the carbon opportunity cost of farming oil crops instead of keeping native land cover drives considerable variation in the carbon footprint of vegetable oils.

The carbon opportunity cost of land use is calculated by following the principles of the Searchinger et al. paper “Assessing the efficiency of changes in land use for mitigating climate change” (original | TABLE summary). Specifically, the authors calculated the carbon that would have been stored in an area’s vegetation and soil if it were covered in native vegetation, and compared it to the carbon stored in vegetation and soil for land used for oil crops. The calculation also takes account of productivity, i.e. how much oil can be produced in a particular oil crop system, because land used for highly productive agriculture may free up space for carbon sequestration elsewhere. The paper concludes that increasing demand for oil crops should be met through sustainable increases in output from land that is already occupied by agriculture, while taking care to avoid additional emissions, say, from nitrogen fertiliser. Another option that could theoretically reduce carbon emissions is expanding oil crop production into areas that have either low carbon stocks in their native vegetation, or high oil crop production potential, provided that areas currently occupied by agriculture are set aside for regeneration of native vegetation cover. However, the authors note that the latter option would be difficult to orchestrate.

Intensive cultivation and post-harvest vegetable oil production stages are major sources of greenhouse gas (GHG) emissions. Variation between production systems and reporting disparity have resulted in discordance in previous emissions estimates. The aim of this study was to assess global systems-wide variation in GHG emissions resulting from palm, soybean, rapeseed and sunflower oil production. Such an analysis is critical to understand the implications of meeting increasing edible oil demand. To achieve this, we performed a unified re-analysis of life cycle input data from diverse palm, soybean, rapeseed, and sunflower oil production systems, from a saturating search of published literature. The resulting dataset reflects almost 6000 producers in 38 countries, and is representative of over 71% of global vegetable oil production. Across all oil crop systems, median GHG emissions were 3.81 kg CO2e per kg refined oil. Crop specific median emissions ranged from 2.49 kg CO2e for rapeseed oil to 4.25 kg CO2e for soybean oil per kg refined oil. Determination of the carbon cost of agricultural land occupation revealed that carbon storage potential in native compared to agricultural land cover drives variation in production GHG emissions, and indicates that expansion of production in low carbon storage potential land, whilst reforesting areas of high carbon storage potential, could reduce net GHG emissions whilst boosting productivity. Nevertheless, there remains considerable scope to improve sustainability within current production systems, including through increasing yields whilst limiting application of inputs with high carbon footprints, and in the case of palm oil through more widespread adoption of methane capture technologies in processing stages.

Read the full paper here. See also the TABLE explainer What is land use and land use change? and the paper The role of fats in the transition to sustainable diets. 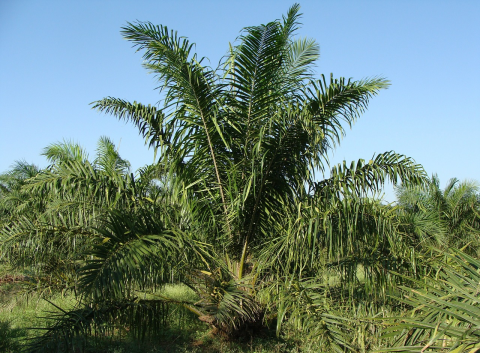