Attitudes to meat reduction in the USA

This paper is the first to provide US data about what people eat when they reduce their meat consumption without becoming vegetarian or vegan. The objective of the research was to understand what is eaten in meatless meals and Americans’ attitudes to and perceptions of meat reduction.

The research was conducted through an online survey with 1112 people in April 2015. Weights were applied to correct sampling and ensure representativeness. Researchers measured the frequency of meat consumption of four types of meat (red, processed, poultry and seafood) and the frequency with which participants replaced meat with specific food in their non-meat meals (fake meat, cheese or other dairy, eggs, beans, etc.). In relation to attitudes, meat reducers were asked what motivated their change in eating patterns: health, animal welfare, environment, cost or some other reason. Socio-demographic covariates were applied to understand if these had any influence on consumption behavior.

Concerning the frequency of meat consumption, 66% of participants have reduced their meat intake in at least one meat category when compared to three years ago.  Over 50% per cent of respondents reported reducing processed meat and 41% reduced red meat. Of those who reported reducing red and processed meat, 37% said they had increased poultry or seafood consumption. When considering demographic predictors, reductions were most common among older people (45–59); household income was associated with reducing meat consumption; and parents of children under age 18 years were less likely to eat less meat when compared with non-parents. No significant relationships were found in relation to race/ethnicity, education and geography.

Regarding the reasons for reducing meat intake, participants indicated cost and health as the main reasons (51% and 50%, respectively). Cost was substantially more important for those on lower incomes, while health was substantially more significant for those on higher incomes. Only 12% said they now eat less meat because of animal welfare or environmental concerns. Perceptions that a healthy diet includes meat or that meatless meals are incomplete were mentioned as the main reasons for not reducing meat consumption.

The findings of this study are consistent with others that highlight health and cost concerns as the main motivations for eating less meat as opposed to environmental and animal welfare concerns. The study’s strengths include the nationally representative sampling, detailed questions; and it is the first study to present data showing what US meat reducers eat in their non-meat meals. However, some limitations exist: the questionnaire did not assess overall meat consumption frequency, but rather only the frequency of consuming each meat type; and it didn’t discriminate between vegetarians and vegans.

Excess meat consumption, particularly of red and processed meats, is associated with nutritional and environmental health harms. While only a small portion of the population is vegetarian, surveys suggest many Americans may be reducing their meat consumption. To inform education campaigns, more information is needed about attitudes, perceptions, behaviours and foods eaten in meatless meals.

Two-thirds reported reducing meat consumption in at least one category over three years, with reductions of red and processed meat most frequent. The most common reasons for reduction were cost and health; environment and animal welfare lagged. Non-meat reducers commonly agreed with statements suggesting that meat was healthy and ‘belonged’ in the diet. Vegetables were most often consumed ‘always’ in meatless meals, but cheese/dairy was also common. Reported meat reduction was most common among those aged 45–59 years and among those with lower incomes.

The public and environmental health benefits of reducing meat consumption create a need for campaigns to raise awareness and contribute to motivation for change. These findings provide rich information to guide intervention development, both for the USA and other high-income countries that consume meat in high quantities.

Find the full paper here. See also the Foodsource chapter What can be done to shift eating patterns in healthier, more sustainable directions? 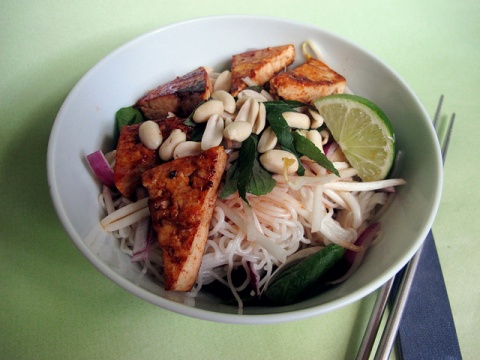