The report Towards a Food Policy by the Netherlands Scientific Council for Government Policy (WRR), an independent think-tank for the Dutch government, assesses the consequences for the Netherlands of the international developments around the food supply system and food consumption patterns.

Dutch national food policy has earlier primarily been aimed at increasing agricultural productivity, both for export and domestic consumption. Additional efforts have been made at both national and EU level to address new policy challenges such as environmental issues, animal welfare and rural affairs but the traditional focus has remained. Given that the world of food has changed and because this area is facing substantial challenges that also concern the Netherlands, the report authors argue that there is a need for a reorientation of policy. This report therefore tries to expand the analysis, and based on its conclusions, the scientific council WRR advises the Dutch government to develop a comprehensive food policy that is responsive to global challenges and that creates a resilient food system.

You can find related resources in the Research Library categories on Governance and policy and food and agriculture policy. 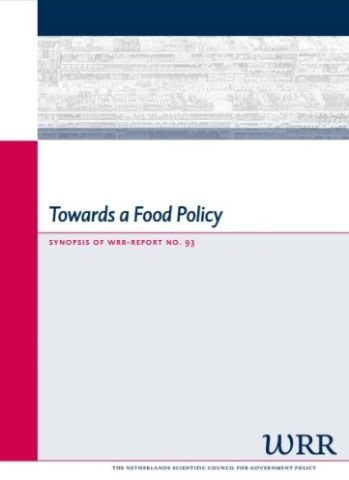