We need radical change in how we produce and consume food

This opinion piece by Peter Horton of the Grantham Centre for Sustainable Futures discusses the failures of the current food system and sets out some possible solutions to achieve sustainable food security for all.

The Green Revolution increased yields and saves millions of lives. However, it produced an industrialised and globalised system which requires production at the lowest possible economic cost, uses a lot of energy, emits one third of human-made greenhouse gas emissions, clears forests and grassland for farmland, pollutes waterways and degrades the soil. Nearly one billion people still don’t have enough to eat and low crop diversity could even have contributed to malnutrition. The author suggests that merely making crops more efficient is not sufficient to solve these problems, but that it isn’t possible to go back to pre-industrial practices or use strictly organic agriculture to feed everyone (see, however, this blog post from Adrian Muller, arguing that organic agriculture can in fact feed the world; see also the FCRN’s summary of his paper here).

The paper lists some roots causes of the failures of the current global food system.

The author sets out a vision for the food system, based on the principles of zero hunger, systems thinking, prioritising social wellbeing, and consumers and government working together to change the motivation of businesses and shareholders. The author recommends a legally-binding agreement between all stakeholders, based on evidence from life cycle assessment (including social indicators), which could include plans such as:

The author points out that technical solutions are not enough on their own. Systems thinking, testing, evaluation, implementation and collaboration are all needed. The author sees the main challenge as satisfying all stakeholders, and suggests citizen pressure and political leadership as the main drivers for change.

Recently, two papers were published that, in different ways, illustrate the huge challenges we face in delivering global food security. In the first, it was shown how nearly half of the greenhouse gas emissions from producing a loaf of bread arise from the nitrogen fertiliser used to drive wheat cultivation (Goucher et al. 2017). With over 100 million tonnes of such fertiliser used annually to support global food production, and the other impacts that arise such as pollution of water courses, the unsustainability of modern agriculture is exposed. In a second paper, the interconnectedness of the agri-food system was elaborated and a compelling case presented for joined-up thinking when devising future policy. This should be one that analyses together environment, land-use, food production, food consumption and human health. Furthermore, it should be one that fully considers the development and expression of agri-technology in the context of the complex cultural, political, ethical and economic tensions that arise (Horton et al. 2017). These two papers lead to the conclusion that only a radical change in the way we produce and consume food will deliver a sustainable and just global agri-food system. In this article the nature and causes of the problem are identified, and possible solutions defined.

Read the full piece here. See also the FCRN publication What is a sustainable healthy diet? and the Foodsource building block What are food systems? 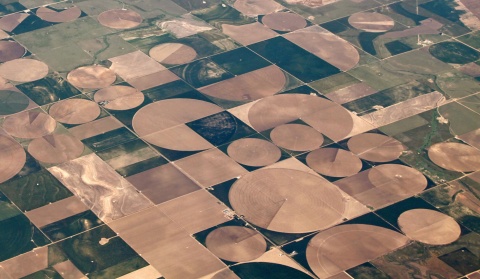