“We have to keep it a secret” – Meat consumption in India

This study interviews urban Indians, mainly people living in Mumbai, on their meat consumption habits. It finds that there is a difference between public and private eating patterns, because of the social stigma attached to eating meat despite rising consumption.

While only around 25-40% of people in India identify as vegetarian, around 80% follow Hinduism, which has some teachings that recommend vegetarianism. Some of India’s other religions also promote vegetarianism, e.g. Jainism and Buddhism.

The findings of the interviews include:

Meat consumption is on the rise in India. However, most studies on meat consumption have been conducted among Western audiences and there are relatively few insights into meat consumption in emerging markets, especially India, which tends to be stereotyped as a vegetarian nation. The aim of this qualitative study was to explore meat consumption practices among urban Indians aged 23–45 years. The sample comprised mainly Mumbai residents. The research methodology used constructivist grounded theory. Semi-structured face-to-face in-depth interviews was the main mode of data collection and the research used an iterative study design along with an inductive analysis approach. A key finding was that while meat consumption is on the rise, there are social stigmas still associated with it. This has led to discrepancies between consumption behaviours occurring in public (frontstage behaviours) and those carried out in private (backstage behaviours). Using Goffman's theory of self-presentation, the study provides insights into various ways in which backstage meat consumption occurs in collectivist Indian society today. The backstage setting can comprise places outside the home, such as restaurants, and in some instances, segregated ‘safe’ spaces within the home itself. Within these spaces, the study explores how certain consumption taboos are quietly broken while actions are taken to present appropriate frontstage appearances before various audiences. This study contributes to the relatively sparse literature on meat consumption in India while also using Goffman's theory to highlight the discrepancies between public and private consumption behaviours within the collectivist Indian context.

Read the full paper here. See also the TABLE explainer What can be done to shift eating patterns in healthier, more sustainable directions? 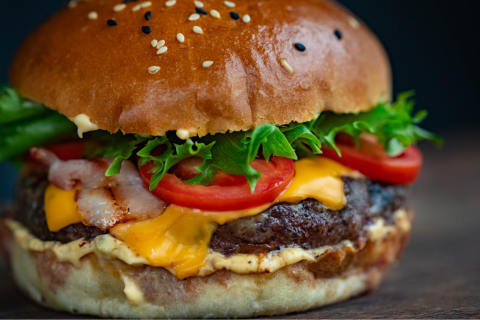