The truth about nature: Environmentalism in the post-truth era

This book by Bram Büscher explores how environmentalists are using the internet and social media platforms to spread their messages, and considers the power dynamics that are at play in the era of “post-truth politics”.

How should we share the truth about the environmental crisis? At a moment when even the most basic facts about ecology and the climate face contestation and contempt, environmental advocates are at an impasse. Many have turned to social media and digital technologies to shift the tide. But what if their strategy is not only flawed, but dangerous?

The Truth about Nature follows environmental actors as they turn to the internet to save nature. It documents how conservation efforts are transformed through the political economy of platforms and the algorithmic feeds that have been instrumental to the rise of post-truth politics. Developing a novel account of post-truth as an expression of power under platform capitalism, Bram Büscher shows how environmental actors attempt to mediate between structural forms of platform power and the contingent histories and contexts of particular environmental issues. Bringing efforts at wildlife protection in Southern Africa into dialogue with a sweeping analysis of truth and power in the twenty-first century, Büscher makes the case for a new environmental politics that radically reignites the art of speaking truth to power.

Büscher, B. (2020). The truth about nature: Environmentalism in the post-truth era, University of California Press, Oakland. 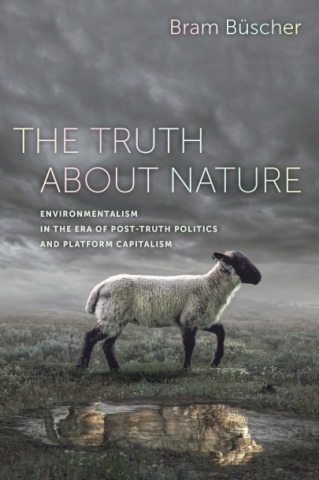