This report by James O’Donovan, chair of the Cork Environmental Forum, outlines the potential environmental, social, and economic benefits of a transition to a vegan agricultural system in Ireland.

According to the report, 97% of agricultural land in Ireland is currently used for producing meat or dairy (including growing cereals used as feed), and many livestock farmers receive the majority of their income from subsidies.

The report argues that Ireland has a climate suitable for a “highly productive plant based agricultural system”, noting that the area of land cultivated for crops in Ireland has fallen by 75% since 1851, and that grains, legumes and vegetables have historically been grown on a large scale in Ireland.

The report also argues that existing agricultural subsidies could be redirected towards plant-based food production and ecosystem services, allowing Ireland to reduce its total emissions by 53% without requiring any extra taxes.

The report makes several recommendations, including: 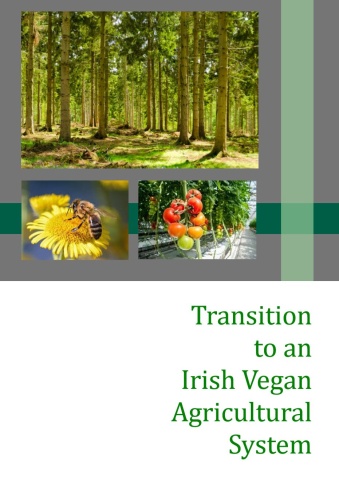