This paper by researchers in Germany explores the scalability of managed woody and herbaceous bioenergy plantations (BP) for terrestrial capture of atmospheric carbon. The researchers make simulations to quantitatively explore how much land area could be made available globally for this terrestrial carbon dioxide removal (tCDR) strategy.

The simulations show that the potential for tCDR is limited by the land requirements to meet future yield demands and requirements to conserve biodiversity. The researchers therefore suggest that the best way to release land for the establishment of bioenergy plantations (BPs) is to shift to diets that require less land. Additionally, the improvement of highly efficient carbon utilisation pathways – which reduce the carbon losses along the process chain – would also lower the demand for land per unit of carbon extracted.

The model makes simulations running the BP operations from 2020, or 2050, until 2100 and balances the land requirements such that food production (for a given global population), climate mitigation, and biodiversity protection have priority – i.e. only less productive areas are considered available for the establishment of BPs. Example applications of BP given are as traditional building materials, and for production of biochar (which can subsequently be brought back into fields and might act as a fertiliser: reducing the use of nitrogen and phosphorus). The researchers point out that “The ultimate carbon extraction depends not only on the decay time of the end product but also on the losses and leakage rates during harvest, transportation and, especially, conversion techniques and feedstocks used”.

The results show that the least productive agricultural land is also unsuitable for the cultivation of non-irrigated BP. The researchers point out that their model does not take into consideration the pressures on water resources from introducing irrigation systems to BPs. If the yield gap (potential minus actual yield - see this paper) could be closed by one fourth and kcal production increased by 31% in 2020 (reaching the food demand of 8 billion people in 2020), the potential of tCDR would be doubled by the additional land released and available.

The researchers do not try to present solutions to the trade-offs arising between the competing land use interests. This study demonstrates how difficult it is to free land for BPs in the future if current food consumption trajectories continue as expected and if biodiversity is also to be protected. The researchers suggest changes in dietary trends, as well as restoration of degraded soils could release additional land for tCDR, and conclude that technical improvements of carbon utilisation pathways (such as improving the conversion and storage efficiencies of BP products) could increase the net carbon extraction, and therefore reduce the area needed for more effective carbon sequestration.

Large-scale biomass plantations (BPs) are a common factor in climate mitigation scenarios as they promise double benefits: extracting carbon from the atmosphere and providing a renewable energy source. However, their terrestrial carbon dioxide removal (tCDR) potentials depend on important factors such as land availability, efficiency of capturing biomass-derived carbon and the timing of operation. Land availability is restricted by the demands of future food production depending on yield increases and population growth, by requirements for nature conservation and, with respect to climate mitigation, avoiding unfavourable albedo changes. We integrate these factors in one spatially explicit biogeochemical simulation framework to explore the tCDR opportunity space on land available after these constraints are taken into account, starting either in 2020 or 2050, and lasting until 2100. We find that assumed future needs for nature protection and food production strongly limit tCDR potentials. BPs on abandoned crop and pasture areas (~1,300 Mha in scenarios of either 8.0 billion people and yield gap reductions of 25% until 2020 or 9.5 billion people and yield gap reductions of 50% until 2050) could, theoretically, sequester ~100 GtC in land carbon stocks and biomass harvest by 2100. However, this potential would be ~80% lower if only cropland was available or ~50% lower if albedo decreases were considered as a factor restricting land availability. Converting instead natural forest, shrubland or grassland into BPs could result in much larger tCDR potentials but at high environmental costs (e.g. biodiversity loss). The most promising avenue for effective tCDR seems to be improvement of efficient carbon utilization pathways, changes in dietary trends or the restoration of marginal lands for the implementation of tCDR.

You can read the full paper here. 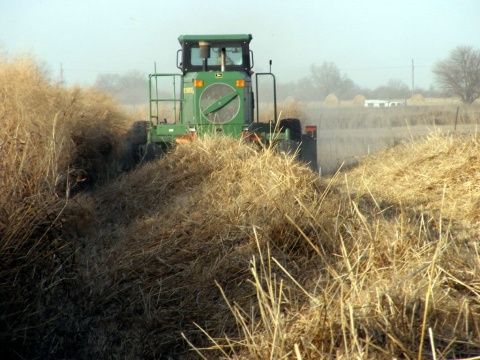