This paper details the findings of a meta-analysis of published data on the impact of increasing temperatures on the global and regional yield of wheat, rice, maize and soy.

The data were drawn from published studies utilising one of four analytical techniques: global grid-based simulations and local point-based simulations; statistical regression models – in which historical data on temperature changes and crop yield changes in a particular region are used to predict the temperature-yield relationship; and field-warming experiments – in which crops are artificially exposed to different temperatures in an otherwise normal field setting, and the yield changes in response to differences in temperature directly measured.

The key findings of the multimethod analysis were:

The authors argue that it is important to isolate the effects of individual climate change factors on future crop yields as changes in different factors will require different adaptation strategies. They conclude that the direct and indirect effects of temperature on crop yields have already started to be observed and that they will continue to worsen in the future. They advocate for a “reinvigoration” of national research programs to develop crop- and region-specific adaptation strategies to offset the future crop yield impacts of climate change.

Wheat, rice, maize, and soybean provide two-thirds of human caloric intake. Assessing the impact of global temperature increase on production of these crops is therefore critical to maintaining global food supply, but different studies have yielded different results. Here, we investigated the impacts of temperature on yields of the four crops by compiling extensive published results from four analytical methods: global grid-based and local point-based models, statistical regressions, and field-warming experiments. Results from the different methods consistently showed negative temperature impacts on crop yield at the global scale, generally underpinned by similar impacts at country and site scales. Without CO2 fertilization, effective adaptation, and genetic improvement, each degree-Celsius increase in global mean temperature would, on average, reduce global yields of wheat by 6.0%, rice by 3.2%, maize by 7.4%, and soybean by 3.1%. Results are highly heterogeneous across crops and geographical areas, with some positive impact estimates. Multimethod analyses improved the confidence in assessments of future climate impacts on global major crops and suggest crop- and region-specific adaptation strategies to ensure food security for an increasing world population. 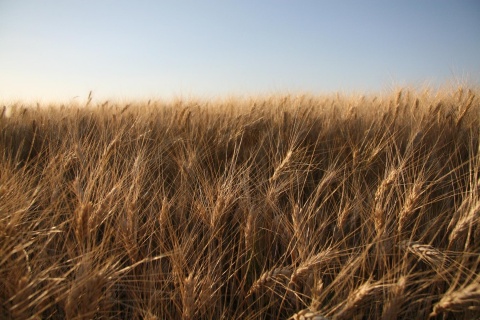