Land degradation caused by human activities is driving the world towards a sixth mass species extinction, makes climate change worse, has negative impacts on at least 3.2 billion people and costs the world the equivalent of 10% of annual GDP through lost biodiversity and ecosystems services, according to a report from the Intergovernmental Science-Policy Platform on Biodiversity and Ecosystem Services (IPBES).

The report notes that land degradation is almost always due to multiple interacting factors. Some of the main causes are:

The effects of land degradation include:

The report estimates that the benefits of land restoration are ten times greater than the costs, but notes we must act within the next decade if we are to meet the Sustainable Development Goals. It suggests that the following actions, among others, be taken to halt and reverse land degradation:

Readers may be interested in this recent news story: Europe faces 'biodiversity oblivion' after collapse in French birds, experts warn. See also the Foodsource resource How do food systems affect land-use and biodiversity? 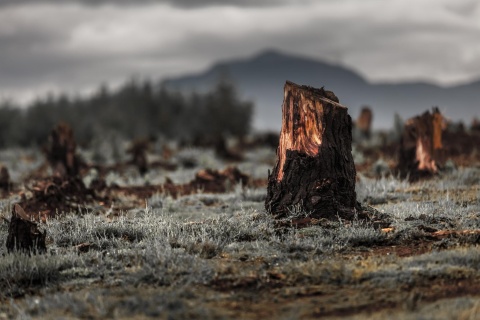