An analysis of 94 studies looking at land-use intensity and organic farming methods concludes that organic farming boosts biodiversity. The authors point out that even though research is currently biased towards developed countries (mostly UK and European climates) in temperate regions, organic farming is shown to increase the number of on farm species by around 34 percent.

The research suggests that the benefit to biodiversity appears to be greater on organic farms surrounded by intensively farmed areas, providing protection for valuable organisms and pest control. However, this result has to take into account a possible detrimental effect of the intensive practices on neighbouring farms to the species on the organic farm and also the fact that the landscape-level impact may be less clear. The researchers emphasize the complexity of concepts like 'intensive farming' and the importance of regional differences in agricultural practices. It is argued that further research on farming methods in other climates and developing countries is needed.

The benefits of organic farming to biodiversity in agricultural landscapes continue to be hotly debated, emphasizing the importance of precisely quantifying the effect of organic vs. conventional farming.

We conducted an updated hierarchical meta-analysis of studies that compared biodiversity under organic and conventional farming methods, measured as species richness. We calculated effect sizes for 184 observations garnered from 94 studies, and for each study, we obtained three standardized measures reflecting land-use intensity. We investigated the stability of effect sizes through time, publication bias due to the ‘file drawer’ problem, and consider whether the current literature is representative of global organic farming patterns.

On average, organic farming increased species richness by about 30%. This result has been robust over the last 30 years of published studies and shows no sign of diminishing.Organic farming had a greater effect on biodiversity as the percentage of the landscape consisting of arable fields increased, that is, it is higher in intensively farmed regions. The average effect size and the response to agricultural intensification depend on taxonomic group, functional group and crop type.There is some evidence for publication bias in the literature; however, our results are robust to its impact. Current studies are heavily biased towards northern and western Europe and North America, while other regions with large areas of organic farming remain poorly investigated.

Synthesis and applications. Our analysis affirms that organic farming has large positive effects on biodiversity compared with conventional farming, but that the effect size varies with the organism group and crop studied, and is greater in landscapes with higher land-use intensity. Decisions about where to site organic farms to maximize biodiversity will, however, depend on the costs as well as the potential benefits. Current studies have been heavily biased towards agricultural systems in the developed world. We recommend that future studies pay greater attention to other regions, in particular, areas with tropical, subtropical and Mediterranean climates, in which very few studies have been conducted.

To read the full study open access, click here. You can read also more about the research here.

A number of studies have been published comparing organic and conventional farming from a different perspectives (GHG emissions, biodiversity, yields and so forth). You can access them on our website here. You can also look at resources related to biodiversity here and land-use and ecosystems here. 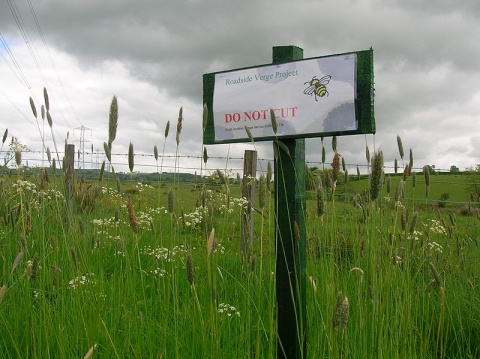