A starchy problem: GHG emissions and water use differences between major starchy foods

In this article, researchers from Cranfield University, UK, examine the environmental burden associated with the production, manufacturing and distribution of potatoes, pasta and rice. The aim of the research is to highlight the difference that can be made to an individual’s environmental footprint (here focusing on water use and greenhouse gas (GHG) emissions) by making dietary changes within food groups, rather than between them.

In this article, researchers from Cranfield University, UK, examine the environmental burden associated with the production, manufacturing and distribution of potatoes, pasta and rice. The aim of the research is to highlight the difference that can be made to an individual’s environmental footprint (here focusing on water use and greenhouse gas (GHG) emissions) by making dietary changes within food groups, rather than between them. By supplementing existing literature with original analysis, the authors use the life cycle assessment (LCA) approach to estimate the GHG emissions and water use associated with each of the foods from production through to retail.

The blue water footprint is here defined as water withdrawn from surface or groundwater resources and which has a higher opportunity cost to use, as it is in competition with other industrial, domestic and environmental uses.  The researchers are careful to only account for water that has been consumed when calculating the footprint,  so they exclude water that is merely used in a process (water used for washing potatoes) and which is left for use further downstream since it has not evaporated or been incorporated into a product.

The study does not extend to GHG emissions or water use associated with the preparation or consumption of the food, since people’s cooking methods tend to vary widely. The key findings of the paper are: that potatoes have lower GHG emissions and water use than either pasta or rice; that the high impact of rice mainly arises in the form of methane from rice paddies; and that dietary choices within food groups can have significant impacts on both the environmental burden of an individual’s diet and the location of this impact.

Food production is a major contributor to a country's environmental burden. However, the burdens associated with individual foods vary significantly due to differing agricultural systems and locations, post-harvest storage, manufacturing and transport requirements. Dietary choices can therefore have a significant impact on the overall burdens associated with food consumption. Previous studies have generally considered changes in the proportion of animal-based foods in the diet or changes to a vegetarian, or a vegan diet. Using a life cycle assessment approach and data from published sources supplemented by original analysis, we estimated the blue water scarcity footprint and greenhouse gas emissions associated with the production, manufacture and distribution of three popular starchy carbohydrate foods as consumed in the United Kingdom British fresh potatoes, Italian dried pasta and Indian dried basmati rice. Although similar to pasta in terms of greenhouse gas emissions per unit carbohydrate, when considered on the basis of typical portion size, potatoes have lower greenhouse gas emissions than pasta or basmati and the blue water scarcity footprint of basmati is two orders of magnitude greater than potatoes or pasta. The increasing preference for pasta and rice and reduction in household purchases of fresh potatoes in the United Kingdom over the period 1981-2010 has resulted in an increase in blue water scarcity footprint and a transfer of burdens from the United Kingdom to Italy and India, however the increased greenhouse gas emissions associated with rice and pasta has been, more or less, compensated by a reduction in emissions associated with purchases of potatoes. This paper has shown that dietary choices within food groups (in this case starchy carbohydrates) have a significant impact on an individual's contribution to greenhouse gas emissions and blue water scarcity footprint. The life cycle assessment approach is useful for understanding where the impacts of dietary choices occur and can inform the supply chain about where efforts should be targeted to reduce those impacts.

Hess, T., Chatterton, J., Daccache, A., and Williams, A. (2016) The Impact of Changing Food Choices on the Blue Water Scarcity Footprint and Greenhouse Gas Emissions of the British Diet: The Example of Potato, Pasta and Rice. Journal of Cleaner Production 112, 4558–4568.

You can also see another similar paper from 2014, titled: “The impact of healthier dietary scenarios on the global blue water scarcity footprint of food consumption in the UK” 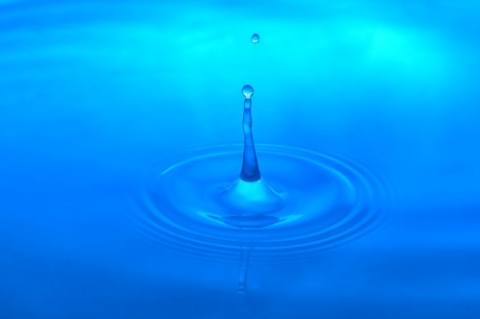