There is increasing evidence that human demands on natural systems are accelerating and could affect the stability and services provided by these systems. This paper aims to aid understanding of the temporal and spatial variability of human pressures on natural systems, which provides a foundation for environmental damage mitigation. Recent advances in remote sensing have allowed great development in mapping of human pressures, particularly in forested areas. Other pressures, such as roads and pasture lands, have by comparison been overlooked.

This study aims to quantify, with a 1km2 resolution, the cumulative human footprint on the terrestrial environment from 1993 to 2009. The human footprint has increased by 9% in these years, despite the 23% increase in population and 153% increase in the world economy. 75% of the earth’s land is experiencing human pressures, which is increasing in intensity over time.

The authors used methods developed by Sanderson et al., (2002) to create human footprint estimates on a national scale, and rated each human pressure on a scale of 1-10. The human pressures included are:

These were weighted according to estimates of their relative levels of human pressure, which can co-occur in one location. Pasture lands, roads and railways were treated as static pressures as temporal data were unavailable.

The study authors determined the contribution of each of the 8 pressures to the overall human footprint.  They also compiled national-scale datasets of determine if over-the-horizon consumption, socio-economic transition, urbanization or governance can explain the difference in footprint trajectories among the most rapidly expanding economies.

They found that in 2009, the world’s land areas had an area-weighted average human footprint score of 6.16 out of a maximum 50, with an increase of 9% from 1993. They also find strong spatial variation; the highest pressure biomes are forested areas, and 27% (9% less than 20 years prior) of the world’s non-Antarctic area had no measurable human footprint.

(a) The global human footprint map for 2009 using a 0–50 cool to hot colour scale, and (b) absolute change in average human footprint from 1993 to 2009 at the ecoregion scale. Data on human footprint change are summarized by ecoregions to allow for interpretation of broad patterns. Inset panels in b show focal regions that span the full breadth of the human footprint pressure scale.

573 out of 823 ecoregions have an increase in average footprint value, and 223 ecoregions appear to have decreasing values (primarily in temperate zones in North America and Western Europe). Only 3% of 772 ecoregions saw declines in human pressure >20%, whereas 71% saw average increases of 20% or more.

There has been a decrease in human pressures in wealthy countries, which optimistically could indicate an environmentally sustainable future. More pessimistically, this at least in part due to the outsourcing of these human pressures - for example 40% of beef produced in the Amazon is exported to the EU. Crop and pasture lands were found to be the leading causes of land conversion. In conclusion, the human footprint is changing both spatially and temporally; our footprint is increasing, but the rate of this has slowed. Increases in human footprint are being seen in developing nations, and some developed countries are actually reducing their footprint in time.

Human pressures on the environment are changing spatially and temporally, with profound implications for the planet’s biodiversity and human economies. Here we use recently available data on infrastructure, land cover and human access into natural areas to construct a globally standardized measure of the cumulative human footprint on the terrestrial environment at 1 km2 resolution from 1993 to 2009. We note that while the human population has increased by 23% and the world economy has grown 153%, the human footprint has increased by just 9%. Still, 75% the planet’s land surface is experiencing measurable human pressures. Moreover, pressures are perversely intense, widespread and rapidly intensifying in places with high biodiversity. Encouragingly, we discover decreases in environmental pressures in the wealthiest countries and those with strong control of corruption. Clearly the human footprint on Earth is changing, yet there are still opportunities for conservation gains.

You can read related research by browsing the following categories of our research library: Land Footprint, Food & Agriculture Policy and Landscape Biodiversity. 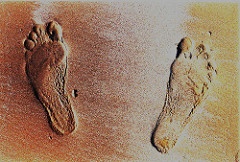