This report provides an update on the fields of synthetic biology and the latest breeding techniques involving molecular biology. It sees modern techniques of creating new cultivars as a continuation of selective breeding which was started by humans around 10,000 years ago.

With the advent of genetic modification (GMO), rather than needing to wait for generations of a plant to adapt to human intentions, molecular biology techniques enabled scientists to take genetic material associated with a useful trait in one organism and insert it to another. More recently, as the cost of DNA sequencing and synthesis has plummeted, researchers are able to create entirely new sequences of DNA, allowing them to develop organisms with novel functions (for example producing fuels or pharmaceuticals). This is what is called synthetic biology.

Synthetic biology extends beyond the modification of existing cells by inserting or deleting small numbers of genes (GMO), as cells can be equipped with new functions and entire biological systems can be designed. These are large interventions into an existing genome of an organism. A few examples of the many potential applications mentioned in the report are the production of:

The report also names a large number of risk associated with the technology, such as:

It thus presents synthetic biology as a dilemma: while the technology might be able to provide innovations which help reduce some of the environmental problems existing today, it also poses large and potentially unforeseeable risks to ecosystems. It cautions that careful consideration of the risks, benefits and ethics of these techniques should be undertaken as a priority.

Synthetic biology is an emerging field and industry, with a growing number of applications in the pharmaceutical, chemical, agricultural and energy sectors. While it may propose solutions to some of the greatest challenges facing the environment, such as climate change and scarcity of clean water, the introduction of novel, synthetic organisms may also pose a high risk for natural ecosystems. This future brief outlines the benefits, risks and techniques of these new technologies, and examines some of the ethical and safety issues. 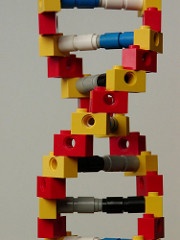