This paper reports on a systematic review of grocery store interventions undertaken to evaluate their effectiveness in changing food purchasing behaviours, and to examine whether this effectiveness varied with intervention components, setting, or socioeconomic status. This is the first paper to synthesise evidence from randomised controlled trials (RCTs) in grocery stores across a wide range of intervention types.

A total of 35 studies, representing 89 interventions and over 20,000 participants, were included in this paper. The studies were conducted across 807 stores from several countries (the United States, the Netherlands, Australia, New Zealand, Canada, China, France, Sweden, and the United Kingdom). A narrative synthesis (PDF link) of the data was conducted and four categories of interventions were identified:

In addition, the researchers conducted a qualitative comparative analysis to identify combinations of intervention components so as to evaluate the effectiveness of the intervention (measured in terms of a change in food purchasing for at least one of the foods targeted by the intervention). Of the 89 interventions, 43 were economic, 30 involved store environment changes, 6 suggested swaps and 10 used education or product labelling.

The paper also assessed the overall completeness and applicability of the evidence. Overall, there are gaps in the literature as most studies reviewed were conducted in high-income countries and no interventions were conducted in real stores to test the effect of price increases.  In relation to the applicability of the data, the interventions that appear most effective are also the most difficult to implement (the paper does not explain why, but it might be because options such as offering individualised product swap suggestions could be labour- or data-intensive). In addition, this review also questions the real-world value of findings from simulated grocery stores, particularly with regard to educational interventions, which appear effective in simulated grocery stores and ineffective in real grocery stores.

Diet is an important determinant of health, and food purchasing is a key antecedent to consumption.

We set out to evaluate the effectiveness of grocery store interventions to change food purchasing, and to examine whether effectiveness varied based on intervention components, setting, or socioeconomic status.

Findings suggest that interventions implemented in grocery stores—particularly ones that manipulate price, suggest swaps, and perhaps manipulate item availability—have an impact on purchasing and could play a role in public health strategies to improve health. Review protocol registered at https://www.crd.york.ac.uk/PROSPERO/ as CRD42017068809. 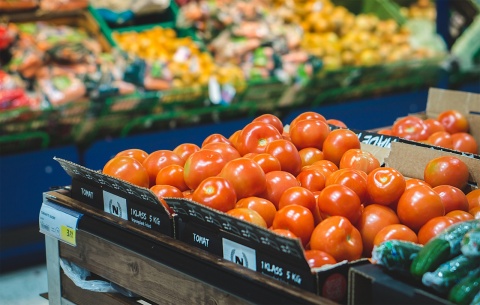