Report: ‘A Children’s Future Fund – How food duties could provide the money to protect children’s health and the world they grow up in

A new report by Sustain, the alliance for better food and farming, calls for the UK Budget 2013 to implement a sugary drinks duty to fund a ‘Children’s Future Fund’ for spending on programmes to improve children’s health and future well-being.

The Children’s Future Fund report points to the high levels of diet-related illness which is costing the NHS £6 billion every year.  It It recommends that the 2013 Budget should:

The report states the case that sugary drinks are contributing to a range of health problems and are linked to environmental damage, thus there would be many benefits if fewer were consumed. Some of the programs proposed by Sustain include providing free and high quality school meals; improving food education and skills – such as cooking and growing – in schools; offering free and sustainably produced fruit and vegetable snacks in schools; and installing fresh drinking water fountains in schools.

Public support for duties has shown to be high - up to 80% of those polled - provided the revenue is spent on vital public services such as education and the NHS. The report provides empirical evidence (taken from other countries), as well as modeling studies that show the success of food duties. The research cited generally leans in favour of fiscal measures, although some of it has been criticised for over-simplifying reality – a criticism often faced by research based on models. Because many governments have been unwilling to implement such duties, the empirical evidence in favour of them has been slow to build.

One such study on beverage consumption in Norway showed that consumption of lemonade and regular soft drinks had significantly decreased between 2001 and 2008, in contrast to rises in many other European countries. It is likely that a significant increase in tax rate – from 1.52 NOK (£0.17) per litre in 2002 to 2.81 NOK (£0.30) per litre in 2011 – played some role in this fall in sugary drink consumption.

Given the introduction of significant food duties in France and Hungary, more evidence may become available. Indeed, early indications from France are that supermarket sales of soft drinks declined – for the first time in many years – by 3.3% in the first four months after the introduction of their tax (of approximately EUR 0.07 per litre and resulting in nearly a 5% price increase) on sugar added and artificially sweetened drinks.

More than 60 organisations so far, including the Academy of Medical Royal Colleges, the Association for the Study of Obesity, Friends of the Earth, the National Heart Forum and the Royal Society for Public Health have come out in support of the report’s recommendations.

The British Soft Drinks Association (BSDA) has criticised the report, arguing that a tax on soft drinks will not help alleviate the rise in obesity. It notes that there has been a 9% decline in the consumption of soft drinks with added sugar over the last decade which has coincided with a 15% increase in obesity.

For an article in The Guardian on this report, click here.

For more on health and environmental taxes in the FCRN research library, click here. 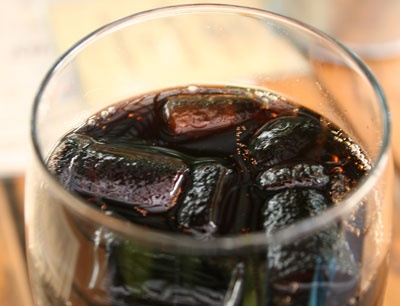