The UK government has published its food strategy for England (note that other regions of the UK are not within the scope, since food policy is devolved). Reactions have generally been critical, with many noting that many of the recommendations in the National Food Strategy review led by Henry Dimbleby have not been included. We have rounded up some relevant reactions and resources.

Henry Dimbleby said: “On the environment/food production side, it is important to get delivery right and there are all sorts of ways it could go wrong. But the basic framework is there. The biggest missing piece was the protection of our standards in trade deals. This was very disappointing.”

In Defra plan shows no stomach for bold action on food poverty and obesity, The Guardian reports that “the 27-page government food strategy… eschews bold action on food poverty and diet for a combination of can-kicking and minor policy tweaks” and that “The idea of reducing meat consumption is not mentioned.” This last point appears to be accurate: the strategy’s section on “Healthier and sustainable eating” focuses mainly on calorie intake.

The Food Foundation held a webinar, Quick Bites: Snap Analysis of the Food Strategy, in which Charles Godfray of the Oxford Martin School commented that the strategy does not appear to be embedded in a long-term agenda for change, and that the strategy lacks the sense of urgency that Dimbleby’s report had. On the positive side, he notes that the strategy has acknowledged the three-compartment approach to land use set out by Dimbleby (encompassing semi-natural land, low-yield agroecological farmland and high-yield food production areas).

In Our response to food white paper- "A feeble to do list, that may or may not get ticked', Sustain said “In the face of multiple crises in the cost of living, rocketing obesity, climate change and nature loss, the government food strategy looks shamefully weak… The commitment to a land use strategy is welcome, which could better balance our food production and responsibility to our natural environment.”

In More politics than policy in the Government Food Strategy, Tim Lang of the Centre for Food Policy said “Perhaps the most glaring failure of the White Paper is that Defra absolves itself of any responsibility to tackle Britain’s lamentable dietary health challenge… Defra simply passes this to the Department of Health & Social Care, as though production and manufacturing are nothing to do with health.”

In Leaked Strategy vs Published Strategy: A Side by Side Analysis, the Food Research Collaboration finds five key differences between the published version and an earlier leaked version, including water-down commitments to animal welfare.

The NFU said: “The National Food Strategy represents a clear milestone with the government recognising the importance of domestic food production, maintaining our productive capacity and growing more food in this country, particularly at a time when the war in Ukraine has focused attention on the importance and fragility of our global food security. Food production will always be core to a nation’s resilience and I’m pleased the government has recognised this.”

The Agriculture and Horticulture Development Board said “Farmers will welcome measures announced to boost domestic productivity and relieve workforce shortages in the food supply chain…  there will be some concerns that the Government has not yet moved further to ensure that trade deals promote fair competition and opportunities on both sides”.

Read the strategy here. See also the TABLE explainer What can be done to shift eating patterns in healthier, more sustainable directions? 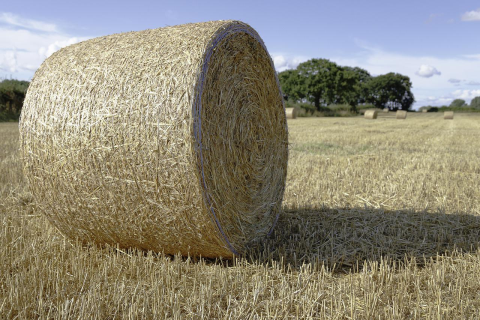