6.5–15.4 million hectares of private land in Brazil could become legally available for deforestation, because expansion in the land area designated as conservation units or indigenous reserves could trigger a legal mechanism whereby the area of legal reserves for native vegetation may be decreased.

Specifically, under a provision introduced to the Brazilian Forest Act in 2012, any state where 65% or more of its area is covered by conservation units or indigenous reserves is legally allowed to reduce the fraction of private land it dedicates to legal reserves for native vegetation protection from 80% to 50%. While no states currently qualify for that provision, ongoing designation of areas of land as conservation units or indigenous reserves could mean that the total protected area in some states will eventually reach the 65% trigger point.

The Brazilian Amazon rainforest is protected largely by command and control regulation of public and private land. The Brazilian Forest Act requires private landholders within the Amazon to set aside 80% of their land as legal reserves for nature protection, but this requirement can be reduced to 50% if more than 65% of a state’s territory is protected public land (for example, public conservation units and indigenous reserves). In the ongoing land designation process in Brazil, some Amazonian states may cross this 65% threshold. We assess the potential reduction in the legal reserve requirement from 80% to 50%, through spatially explicit modelling of scenarios concerning land tenure consolidation, employing up-to-date databases on land ownership. Depending on the outcome of land designation processes and political priorities, some 6.5–15.4 million hectares of private land previously protected as legal reserves may become available for legal deforestation. While protection of public land is crucial for safeguarding the Amazon, revisions of federal and state legislation may be needed to avoid the further extension of protected public land triggering increased legal deforestation on private lands. Zero-deforestation commitments and other initiatives may mitigate impacts in the absence of such revision.

Read the full paper here. See also the Foodsource resource What is land use and land use change? You may also be interested in the news article Brazil's new foreign minister believes climate change is a Marxist plot. 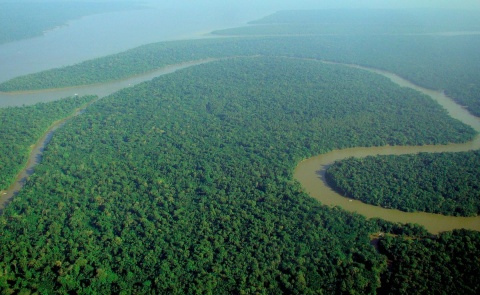